Space Force to launch 5th Lockheed Martin satellite in May 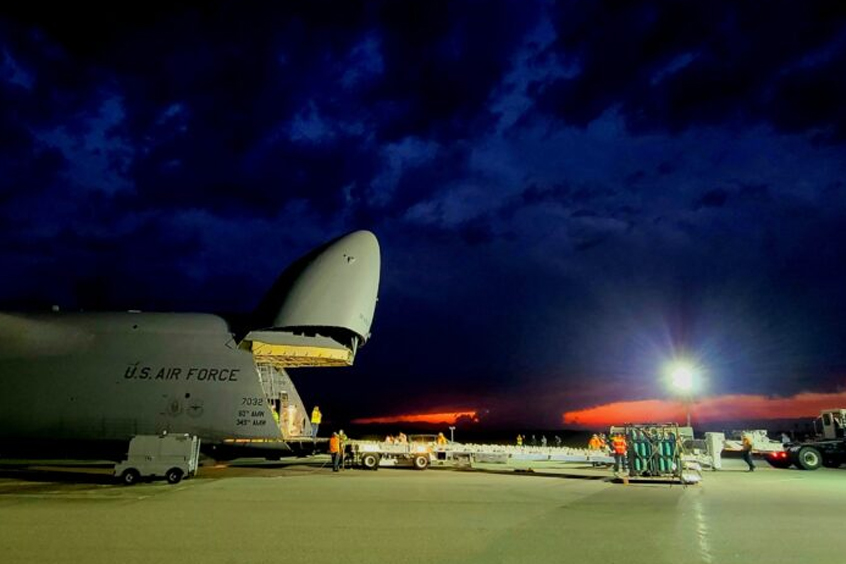 A $1.6 billion Space Based Infrared System satellite arrived recently at Canaveral Space Force Station, Florida. The satellite, made by Lockheed Martin, is scheduled to launch in May on a United Launch Alliance Atlas 5 rocket, the US Space Force announced in March.

The geosynchronous SBIRS GEO-5 is the fifth satellite of the Space Based Infrared System program. Lockheed Martin said the manufacturing of SBIRS GEO-5 was completed in December.

ULA said the Atlas 5 for this mission will be a 421 configuration — with a four-meter payload fairing, two strap-on solid boosters and a single engine upper stage.

Lockheed Martin said SBIRS GEO-5 is the first satellite that uses the military variant of the LM 2100 bus, called LM 2100 Combat Bus, which has enhanced security features. SBIRS GEO-6 also is being built on that bus.

The SBIRS constellation was designed to replace the Defense Support Program, a system of early warning satellites made by Northrop Grumman that has been in operation since the 1970s.