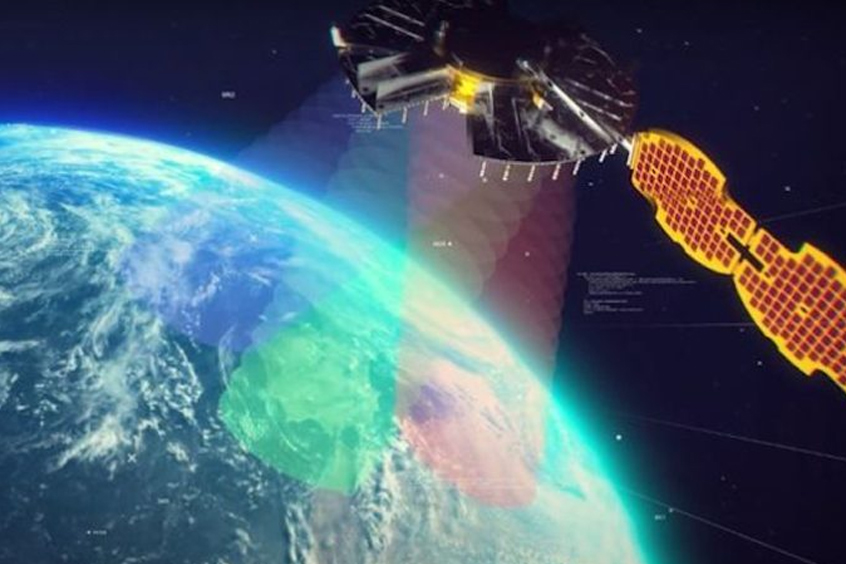 The Air Force Research Laboratory is planning a 2023 launch of the NTS-3 experimental satellite the US military will use for positioning, navigation and timing.

AFRL previously announced the launch would be in 2022 but the mission will slip into 2023, AFRL Commander Brig. Gen. Heather Pringle told reporters April 28.

NTS-3 is scheduled to fly to a geosynchronous orbit as a secondary payload on USSF-106, a classified mission awarded last year to United Launch Alliance under the National Security Space Launch program run by the Space and Missile Systems Center. Pringle said the delay is a launch scheduling issue not related to NTS-3. “It’s a rideshare with other United States Space Force customers,” she said. “We’re not driving the schedule.”

Pringle said the production and testing of NTS-3 are moving forward as planned.

She said a lot of work is going into the ground system so the launch delay will give AFRL additional time “so when it goes into space we are ready to hit the ground running.”

NTS-3 is one of AFRL’s most ambitious space experiments. Officials said the satellite could bring significant new capabilities for secure PNT (positioning, navigation and timing) to supplement current GPS satellites that operate from medium Earth orbit.

L3Harris is building the 1,250-kilogram satellite under an $84 million contract AFRL awarded the company in December 2018.

The U.S. military hasn’t launched a “full blown experimental satellite for positioning navigation and timing since 1977,” Mozer told reporters April 28. “The Space Force is very much looking forward to this. This has the potential to open up a lot of new capabilities just as NTS-2 did for GPS.” NTS-2 was the precursor to what later became GPS.

The Space Force will take ownership of the satellite after AFRL completes the experiment, said Mozer. “We plan to develop it and fold it into our regular set of capabilities.” The NTS-3 ground system, for example, will integrate both NTS-3 and GPS signals.