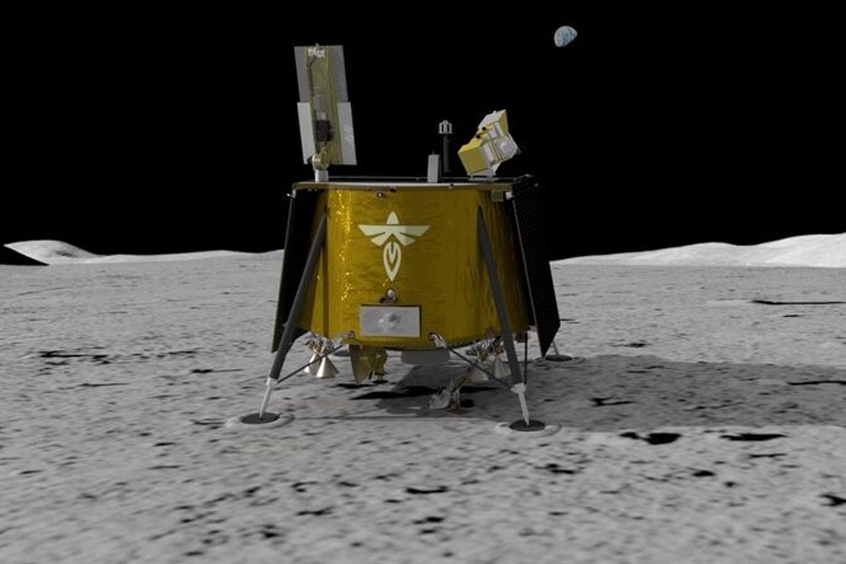 Firefly Aerospace announced in May it selected SpaceX to launch its first lunar lander mission for NASA, the latest in a series of contract wins by SpaceX for lunar missions.

Firefly said that a SpaceX Falcon 9 will launch its Blue Ghost lunar lander in 2023 on a mission to land in Mare Crisium on the near side of the moon. The lander will be carrying 10 payloads for NASA’s Commercial Lunar Payload Services (CLPS) program under a contract it won in February, along with additional commercial payloads.

Firefly is developing its own launch vehicle, Alpha, with a first launch expected in the coming weeks. However, that rocket is not powerful enough to take Blue Ghost to the moon, requiring Firefly to purchase a launch from another launch provider.

The company has started work on the lander, including ordering long-lead items and testing the vision navigation system for the lander on a one-acre simulated lunar landscape at its Briggs, Texas, test site.

The lander is part of an effort by the company to develop spacecraft and orbital tugs for an overall space transportation system. “The lunar lander is really the first contract that validated our end-to-end space transportation paradigm that we’re trying to put forward at Firefly,” Tom Markusic, chief executive of Firefly, said in a recent interview. “Blue Ghost, the lunar lander, has really energized the spacecraft side of the business.”

With this contract, SpaceX is now launching five of the six CLPS missions awarded by NASA to date. Intuitive Machines is using SpaceX’s Falcon 9 to launch its two lunar lander missions, the first of which is now scheduled for early 2022. Masten Space Systems selected SpaceX for its Masten Mission One lander scheduled for late 2022. Astrobotic announced April 13 that its Griffin lander, carrying the NASA VIPER rover, will launch on a Falcon Heavy.

The exception is Astrobotic’s Peregrine lander. It will launch on the inaugural flight of United Launch Alliance’s Vulcan rocket, currently scheduled for no earlier than late this year.

In addition to its CLPS awards, SpaceX also has NASA contracts to launch the first two elements of the lunar Gateway on a single Falcon Heavy in 2024, and to provide cargo delivery to the Gateway under a 2020 contract. SpaceX won a Human Landing System contract April 16, valued at $2.9 billion, to develop a lunar lander version of its Starship vehicle and perform one crewed mission to the lunar surface. Work on the HLS contract remains suspended while the Government Accountability Office reviews protests filed by two losing bidders, Blue Origin and Dynetics.