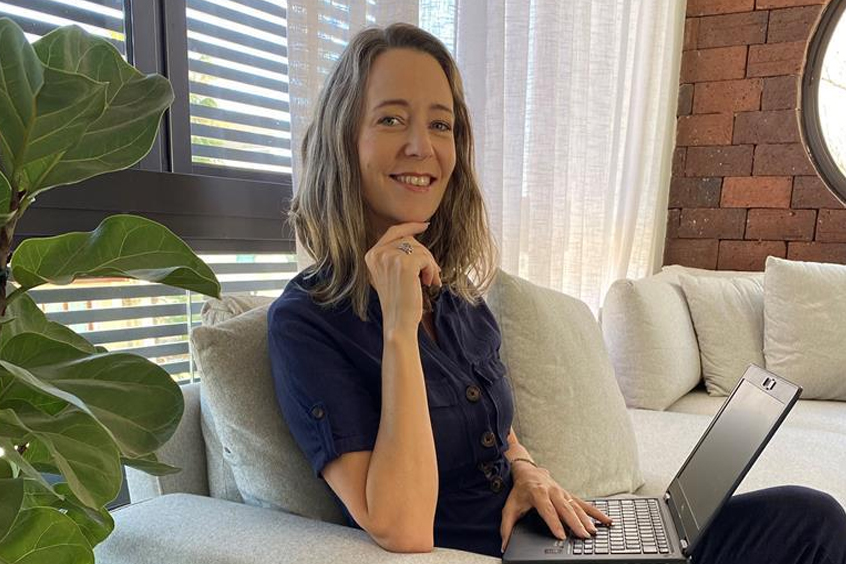 When Luciana Selmi Marques’s husband, a private pilot, takes off in his small plane, she is a willing passenger. She has considered taking lessons herself, but for the moment is more interested in the materials that help them get airborne.

An engineer for Embraer at its headquarters in Sao Jose dos Campos, Selmi Marques has blazed a career at a global aerospace leader that is also one of Brazil’s most prestigious companies. She is currently head of advanced materials and structures technologies for the airframer.

Her route into the company’s management ranks opened thanks to Embraer’s Engineering Specialization Program, which launched in 2001 and serves as a primary gateway for its engineers. She was a member of its inaugural class.

“I had always thought Embraer was out of reach for me,” Selmi Marques says. “This program was my way into this great company.”

The course targets young university graduates and combines a professional master’s degree from Brazil’s Aeronautics Institute of Technology (ITA) with a curriculum designed to prepare engineers to work in multidisciplinary units at Embraer.

About 1,600 people have completed the highly-selective program in its 20-year existence, with more than 1,000 students applying annually for a few dozen slots.

Selmi Marques became interested in engineering early, when she and her older brother joined their father in tinkering around the house. Her brother repaired electronics and electrical issues, while young Luciana learned how to become handy in almost everything else that needed fixing.

“I was very curious about mechanics. I loved physics and I was really good at maths,” she says.

When she was 10, her father started a company making prosthetics. That was when Selmi Marques felt inspired to experiment with making things herself, an interest that led to a materials engineering major at Brazil’s Federal University of Sao Carlos.

“Materials engineering was a comprehensive course, and you can choose a lot of paths after that.”

Later, at ITA, Selmi Marques studied for a degree in Aeronautical and Mechanics Engineering, a field involving the physics and chemistry of aerospace materials.

After initial training through the Embraer program, she spent four years working as an engineer focused on loads and fatigue. Following that, she joined the airframer’s Composite Research and Development group, where she studied infusion, thermoplastic and fastened joint technologies.

She led a complex composite demonstrator project, from design to final structural tests.

Now, her job spans Embraer’s aircraft programs. She researches composites, metallic and other new materials, and develops processes to make them. “We focus on the technology and making them mature [to use on future aircraft].”

While the pandemic has fundamentally changed the way she and her team work, it has made research and learning more egalitarian, she says.

For example, in the past, she would have to decide which employees could attend a particular technical symposium, congress or workshop because it was cost-preventative to send them all. But with video meetings and webinars now the norm, more engineers can participate in educational opportunities.

In addition, members of her team who are not physically located in Sao Jose dos Campos – she manages personnel in Brazil, the Netherlands and Portugal – now have equal virtual access to their boss.

Her personal goal is to make sure her team’s collective knowledge and talent are stretched to solve the company’s engineering challenges.

“My passion is about people. So, if I can add value by bringing people into the right roles so that we can maximize their skills, and solve the technical questions also, then I am happy,” she says.

Selmi Marques preaches this kind of agile thinking to colleagues and staff. It mirrors well the engineering work her group has been tasked with.

Resilience, she says, is the ability of a material to absorb energy when deformed and release that energy upon unloading. It is a critical physical trait in building aircraft, but also one she says correctly describes her journey as a woman in the aerospace industry.

“Resilience in behavior is the opposite of anxiety,” she says. “If you are resilient you can be more sensible to what is happening around you, you are more aware. And you can grab the opportunities, think in a way so that you can be more flexible.”

A rigid course of action – in life, careers or in perfecting a certain aviation technology for Embraer – is rarely the best or most effective.

“It depends on the challenge that you’re facing. Sometimes you need more sensibility, or collaboration, or perhaps you need more assertiveness,” she says. “In my job it’s not about the gender, it’s about having the skills to do the job well.” (Source: Flight Global)