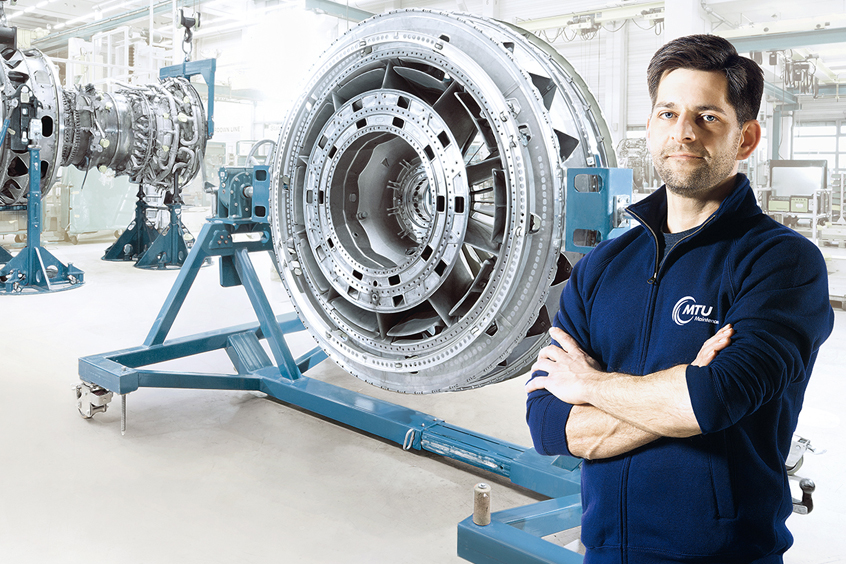 MTU Aero Engines has reported a six percent revenue increase in its commercial maintenance operations in the first six months of 2021, to €1.35 billion.

Commenting on commercial maintenance, MTU Aero Engines’ CEO Reiner Winkler said: “In the core MRO business, revenue was below the prior-year level. However, we were able to off-set this thanks to sustained high demand for maintenance services for Geared Turbofan engines.”

MTU won MRO contracts worth US$3 billion in the first six months of 2021 compared to US$1.7 billion in the same period of 2020. “That fuels our confidence that the downturn has bottomed out and a sustained recovery has started on the aftermarket,” said Winkler.

MTU noted that the most important revenue generators in the commercial maintenance business were the PW1100G-JM, which is used in the A320neo, and the V2500 for the classic A320 aircraft family.

Looking at the overall business, Winkler commented: “MTU continued to operate profitably in the first half of this year. Based on this performance and the improved visibility up to year-end, we can now give a more precise guidance for the 2021 fiscal year.

“We are somewhat more optimistic than previously about the commercial series business and the military business, but have slightly reduced our forecast for commercial maintenance. Overall, we are slightly increasing the lower end of our target ranges for both revenue and earnings.”

MTU now expects full-year revenue to be around €4.3 to €4.5 billion. Previously, the company’s guidance was for a revenue range of between €4.2 and €4.6 billion.

Expectations for revenue in the commercial spare parts business are unchanged, with the company forecasting a rise in the low to mid single-digit percentage range. Revenue from commercial maintenance should increase by between 15 and 20 per cent in 2021; previously, MTU assumed growth of between 15 and 25 per cent. The adjusted EBIT margin is expected to be between 10 and 10.5 per cent in 2021; the previous guidance was between 9.5 and 10.5 percent. Adjusted net income is likely to develop in line with the operating profit, MTU said.