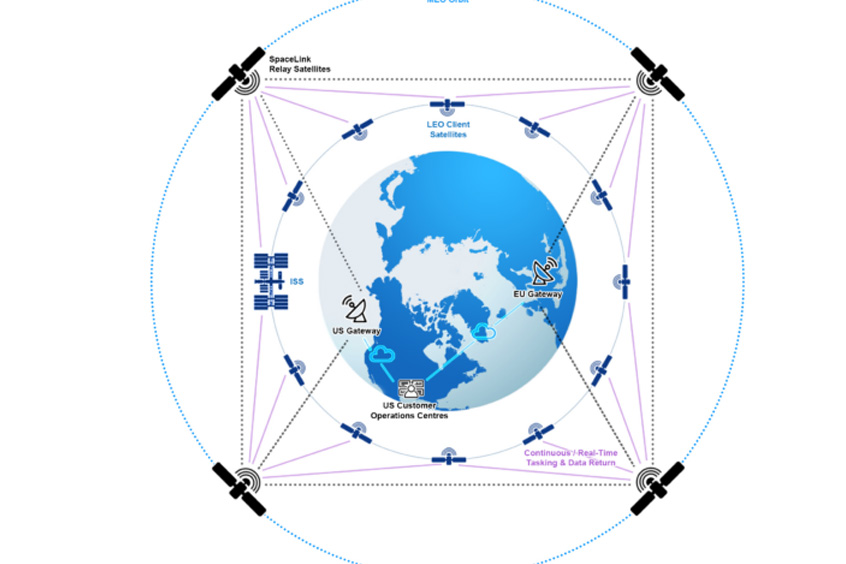 Significantly faster communications could be coming to the International Space Station in 2024, after SpaceLink won funding to test its incoming relay satellites.

The Center for the Advancement of Science in Space (CASIS), which manages the U.S. National Laboratory on the ISS, selected the startup to test its 10 gigabit per second (Gbps) optical terminal from the station.

The funding amount and the contract’s length remain unfinalized, although SpaceLink chief technology officer Rob Singh told SpaceNews it aims to launch its first satellites in 2024.

According to SpaceLink, its satellites at higher altitudes will always be visible to spacecraft in LEO and a gateway ground station on Earth, enabling direct data delivery to any point on the globe in milliseconds.

Its ISS demo mission aims to validate SpaceLink’s hybrid optical and radio frequency (RF) network, and optical terminal technology, which the crew can use for onboard systems, experiments, and communications with people on the ground.

Singh said the relay network would pick up where the NASA Tracking and Data Relay Satellite System (TDRSS) leaves off to enable real-time connectivity.

“Comparing to what we know about the Ka-band RF single-access service, SpaceLink will provide a similar high capacity 100-600 [megabits per second (Mbps)] service for RF users,” said Singh, who is principal investigator for the ISS demo mission.

CASIS notified SpaceLink of its intent to award a User Agreement July 28. The startup expects a full agreement, comprising program schedules and milestone requirements, will be ready in the coming months.