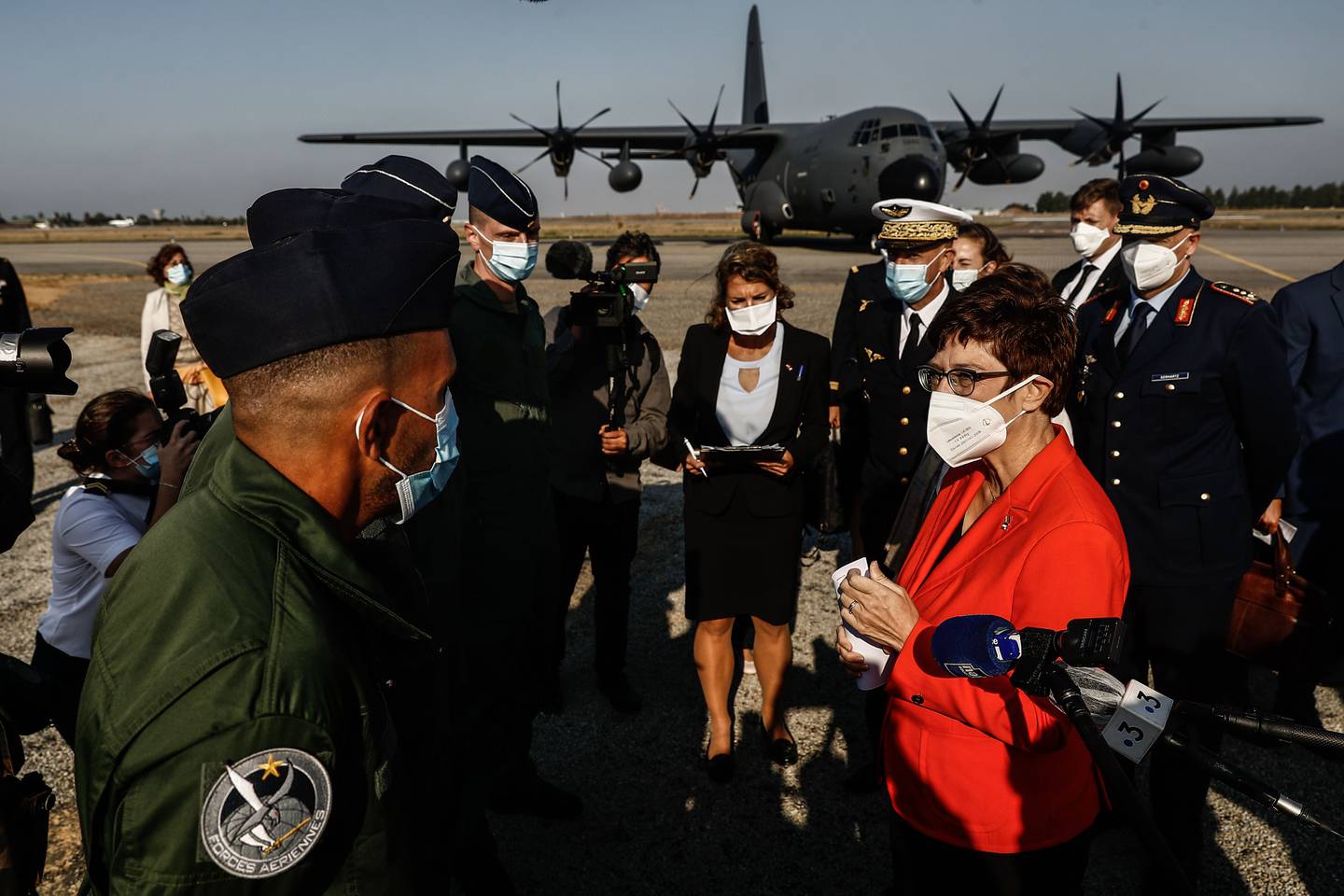 After several years of planning, the French and German air forces have formally launched a binational tactical air transport squadron starting this month, with plans to fully establish the new unit within three years.

French Defense Minister Florence Parly and German Defense Minister Annegret Kramp-Karrenbauer signed an agreement in August to officially create a joint C-130J squadron based at Evreux Air Base in Normandy. The nations’ pilots will then train in mixed teams “without distinction of nationality,” the two defense ministries said in a joint release.

The squadron will consist of 10 C-130J aircraft, built by Lockheed Martin, including six from Germany and four from France. The four French aircraft have been operational and based at Evreux since June 2021, the nation’s ministry of defense said in an email. One of those four aircraft has been deployed in the Sahel region since summer 2020; two of the four C-130Js can be used as aerial refuelers for helicopters.

The German air force procured their six C-130J aircraft in 2019, with half of the aircraft to be outfitted as KC-130J refuelers and the other half in the C-130J-30 variant. The first of those Super Hercules aircraft rolled off the Lockheed Martin production line this past July, according to the Luftwaffe.

The center will reach initial operating capability (IOC) when the first German C-130J aircraft arrives at Evreux, around February 2022, the German air force said. Until then, airmen from the two countries will train on the four French Super Hercules aircraft currently on base.

Full operational capability is expected around 2024. The German C-130Js will be ready to take on missions soon after they are delivered to the French air base between 2022 and 2024, per the French defense ministry.

“The French and German aircraft versions are very close, allowing the Franco-German teams to indiscriminately fly one aircraft or another,” a French defense ministry spokesperson said in an email.

This binational squadron has been in the works for several years now. France and Germany signed the first intergovernmental accord on the subject in 2017, which concerned the financial aspects of the infrastructure and the joint training center, per a spokesperson for the German Ministry of Defense. The first accord also set the squadron cap at 260 personnel, according to the French Ministry of Defense.

Lockheed Martin is on contract to build and equip the new C-130J training center at Evreux. The ministries did not disclose financial numbers by this article’s deadline, but AIN Online reported in 2018 that each country expected to contribute 110 million euro ($130 million) for infrastructure improvements to the air base.

The ministries lauded the signing of the agreement as “a new major area of cooperation between France and Germany”. “While retaining the possibility of carrying out missions within a purely national framework, this is the first time an air force squadron is able to carry out operational missions with mixed crews, on French and German aircraft,” the agencies said in the statement.