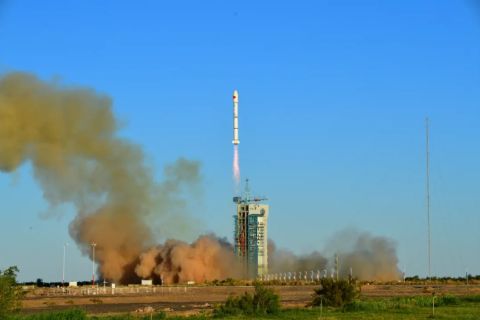 China launched four new communications satellites this week in two launches from different launch sites, within hours of each other, as the country’s intense launch activity continues.

First up, a Long March 2C lifted off from the Jiuquan Satellite Launch Center in the Gobi Desert, northwest China on Aug. 24.

The rocket used a Yuanzheng 1S upper stage to deliver three payloads into near polar orbits with average altitudes of around 680 miles (1,100 kilometers) above Earth, according to U.S. space tracking.

The satellites were developed by the China Academy of Space Technology (CAST), a major satellite developer belonging to the country’s giant state-owned space contractor, the China Aerospace Science and Technology Corporation (CASC). DFH Satellite, a subsidiary of CAST, published then deleted an article apparently accounting for the third satellite on the flight, the nature and objectives of which also remain unknown.

Just over four hours later at in a hilly area of southwest China, a Long March 3B successfully sent another satellite into geosynchronous transfer orbit.

Chinese media described the payload as a “new communication technology experiment satellite number 7,” or TJSW 7. No further details were provided. The classified nature of the launch suggests the satellite is intended for defense purposes.