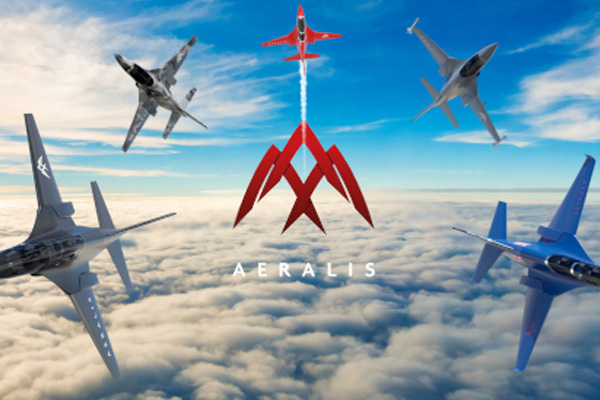 Aeralis has announced on 1an initial £10.5 million ($14.5 million) investment agreement with an as-yet unnamed ‘Middle Eastern sovereign wealth fund.’ This financial injection will be used to ‘support the design, development and first flight’ of its Advanced Jet Trainer (AJT) platform, writes JON LAKE.

The investment closely follows the announcement that the company has added Atkins and Siemens Digital Industries Software to its integrated design team. Aeralis CEO and chief designer Tristan Crawford hailed the deal as a ‘transformational moment’.

The company has also quietly secured some funding from the Royal Air Force’s Rapid Capabilities Office to support its activities – perhaps connected with some of the new variants that Aeralis has started to highlight – including an unmanned tanker, an ISTAR-rolled RPAS and a ‘loyal wingman’ type UCAV.

The company has also recently signed a memorandum of understanding (MoU) with Rolls Royce, under which the engine manufacturer will “meet the company’s propulsion requirements.” Aeralis says that: “The MoU activity will focus initially on using Rolls-Royce’s propulsion systems powering the pre-production aircraft, and the ability to integrate them digitally in the aircraft design process.”

This is not necessarily as simple as it may at first sound, as the modular Aeralis aircraft includes variants with a variety of different single- and twin-engine modules, meaning that Rolls-Royce’s future propulsion system technology will need to ‘fit’ multiple Aeralis-variants, manned and unmanned, with a range of different performance and operational requirements.”

Aeralis is expected to make further announcements about its new funding partner later this year or early next – and it is expected that the timing of these will identify the partner, which is why Aeralis is not saying whether it will occur at the Dubai air show or at the new Saudi World Defense Show.