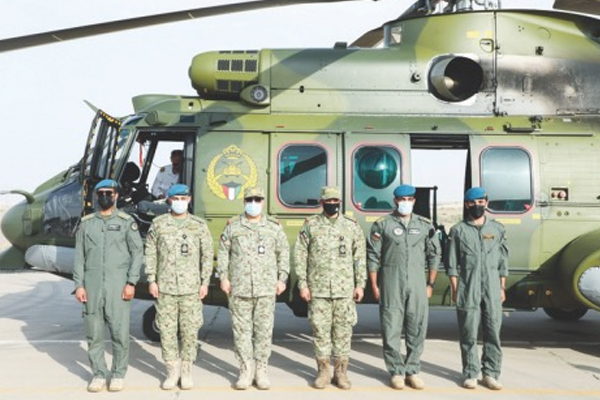 The Kuwait National Guard (KNG) has received the first of six French-made Airbus H225M Caracal helicopters, which have entered service forming the core of the guard’s air fleet.

The Kuwait Ministry of Defense signed a $1 billion contract for 30 H225Ms with Airbus Helicopters in August 2016. Some 24 of the aircraft were destined for the Kuwait Air Force (KAF) and six for the Kuwait National Guard.

The latter will use the aircraft for troop transportation, search-and-rescue, and medical evacuation.

The first KAF H225Ms were delivered in February 2020 but unspecified engine problems led to a halt in further acceptances.