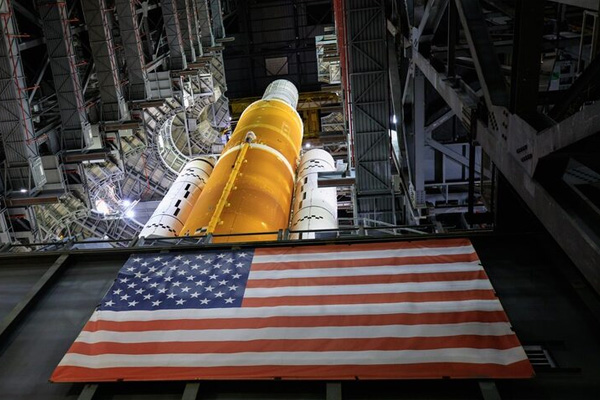 A top NASA official says the agency will soon set a target launch date for the first Space Launch System mission, but that it’s “more than likely” it will slip into early 2022.

Speaking at a Maryland Space Business Roundtable webinar in September, NASA Associate Administrator Bob Cabana said a firm date for the launch of the Artemis 1 mission had not been set, but suggested it was unlikely to take place before the end of this year.

NASA officials have been holding out hope that Artemis 1 could still launch before the end of the year, although they were increasingly hedging their bets. “Artemis 1 will be at the end of this year or the first part of next year,” NASA Administrator Bill Nelson said in a call with reporters recently.

Cabana said workers just completed the night before ‘modal testing’ of the SLS, where the vehicle is subjected to vibrations to determine its natural frequencies. The next milestone is the installation of the Orion spacecraft, taking the place of a mass simulator currently on top of the rocket. He said the Orion spacecraft will be moved to the Vehicle Assembly Building (VAB) at the Kennedy Space Center Oct. 13 to be integrated onto the SLS.

Once in place, the entire stack will be rolled out to Launch Complex 39B for a wet dress rehearsal, where the core stage is filled with liquid oxygen and liquid hydrogen in a practice countdown that stops just before ignition of the stage’s four RS-25 engines. After that, the rocket will roll back to the VAB for any final work and reviews before going back to the pad for launch.