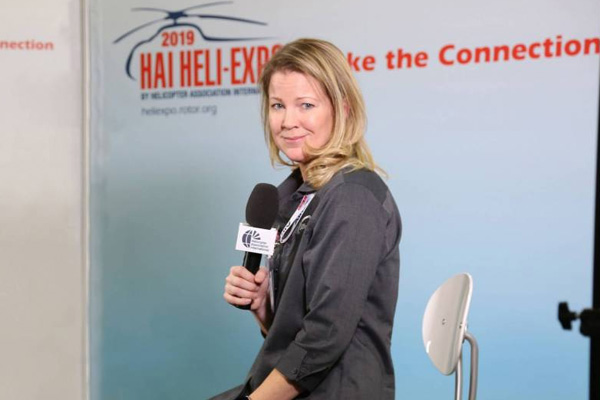 Aviation job website JSfirm has developed a database-match feature that makes it far easier to view the records of FAA-licensed airmen, dispatchers, mechanics, and drone pilots. “We developed a program to make the FAA database searchable at the JSfirm website—because right now when you go to the FAA website you have to know the person’s first and last names,” said Abbey Hutter, the company’s executive director.

The new feature allows customers to search the FAA database by city, state, distance, and phone numbers for fast and targeted recruiting via phone, email, and postal mail. Hutter said these capabilities are particularly timely given the current aviation hiring frenzy in which employers are offering a variety of inducements, including large signing bonuses, and will allow employers to compress the search process and generate faster communications.

These new capabilities also complement JSfirm’s resume alert service. “If somebody has an active job on our website, we’re going to generate a resume alert for them,” Hutter said. “So not only are [employers] going to get the people that are finding the job and applying for it, but they’re going to get an email every morning or anytime there’s a new resume that matches that job. It allows you to look at those people, know their requirements, and reach out. It’s kind of like a virtual recruiter. You don’t have to worry about searching the database every day.”

The current hiring environment means employers need to be proactive, Hutter said. “In the past, you could throw a job up [on an online job board], sit on your hands, and wait for applications to come in. Now you have to be more proactive,” using physical mailers generated by the database. “People aren’t applying for jobs like they were. At companies it went from ‘no, we are not hiring’ during the pandemic last year to now, ‘you have to help us, we need 150 pilots in the next six months.’ Now everybody is hiring and fighting for the same people.

“We looked at the number of people the major airlines are looking to hire over the next six months,” Hutter continued. “It’s crazy numbers. Right now airlines are cutting capacity because they don’t have the staff, the crews. So even the regionals are offering big bonuses.”

At the majors, Southwest is looking for 120 new pilots for classes beginning in December; and American is seeking to add 350 pilots this year and 1,000 next year while current pilots are planning to picket in protest of overwork and lack of crew hotel rooms. United plans to add 10,000 pilots by the end of the decade and 25,000 employees overall by 2026.

Meanwhile, Delta Air Lines plans to add more than 1,000 pilots by summer 2022 at a clip beginning at 150 per month now and 200 per month beginning in January. Alaska Airlines is bumping its starting wage by 16 percent and will raise the wages of all employees who have been with the company for two years or more by 25 percent. Hawaiian plans to fill 400 positions and offer $2,000 signing bonuses.

While the hiring market is rarified, Hutter said it has yet to recover to the level it was at in December 2019, before the pandemic began weighing down the economy, but it has returned to about 85 percent of that activity in her opinion. “December 2019 and January 2020 were the best times ever, but right now the market is getting better every month,” she said.

“The more a company advertises with us, the faster they are going to get that [employment] need filled,” Hutter claimed, pointing out that the company partners with other aviation websites, including the Aircraft Owners and Pilots Association (AOPA), to publicize jobs.

In this environment, it is important that employers maintain their presence on job boards, even after a particular opening is filled. “It’s kind of like [the results in a] Google [search],” Hutter said. “You want to build rankings and stay near the top. There’s added value in just being seen.”

But Hutter stressed that JSfirm is a tool for—rather than the replacement for—a strong in-house human resources department. “Sending a company hundreds of applications is going to do no good if the company doesn’t have a recruiting team and staffing department to review them,” Hutter said. “While we review new resumes to ensure they are industry-relevant as opposed to someone who is working at Waffle House, it is up to the client” to ensure the applicant is a good fit. “We are a billboard on the side of the highway,” she added. “We are advertising.”