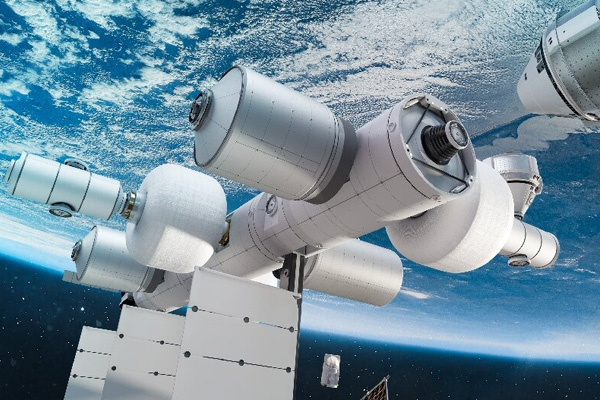 NASA issued awards valued at more than $400 million to three groups of companies to advance development of commercial space stations, keeping those efforts on track to succeed the International Space Station by the end of the decade despite skepticism from the agency’s inspector general.

NASA announced three funded Space Act Agreements as part of its Commercial Low Earth Orbit Destinations, or CLD, program, an initiative to support work on commercial stations that the agency hopes to have in place by late this decade, allowing it to transition from the ISS. The awards will allow the winning companies to mature the designs of their proposed stations through 2025.

The largest award, at $160 million, went to a team led by Nanoracks and includes Voyager Space and Lockheed Martin. Those companies announced a space station concept called Starlab that could be ready as soon as 2027.

A second award, valued at $130 million, went to a team led by Blue Origin for the Orbital Reef space station. That project includes Boeing, Redwire and Sierra Space, among others, with a goal of entering initial operations in the latter half of the 2020s.

The third award, worth $125.6 million, went to a previously undisclosed concept from Northrop Grumman. That proposed station would leverage the company’s work on the Cygnus cargo spacecraft, Mission Extension Vehicle satellite servicing program and the Habitation and Logistics Outpost module it is building for NASA’s lunar Gateway.

Rick Mastracchio, director of business development for human exploration at Northrop Grumman, said in a call with reporters that a single launch could place in orbit a facility able to support four people, with the ability to expand. “This allows for low risk and rapid deployment,” he said. The station, which he said doesn’t yet have a name, is being developed with Dynetics, with others to be announced in the near future.

NASA selected the three concepts from 11 proposals the agency received in August. “Almost all of the proposals represented viable concepts for commercial LEO destinations,” said Phil McAlister, director of commercial spaceflight at NASA Headquarters, in the call.

All the bidders and others will be eligible to compete for the second phase of the program in the middle of the decade, where NASA will issue contracts to certify commercial space stations for use by NASA astronauts and purchase initial services from those stations.

The program is part of NASA’s overall strategy to retire the ISS while maintaining a presence in LEO for scientific research and preparation for missions beyond Earth. That strategy includes an award made to Axiom Space in early 2020, giving that company access to a port on the ISS to which the company plans to attach a series of commercial modules starting as soon as 2024. Those modules will eventually be detached from the ISS to form a commercial station.

The announcement came two days after a report by NASA’s Office of Inspector General (OIG) that warned of a gap between the end of the ISS and commercial stations. The report said that while NASA’s initial efforts to support commercial stations “show promise,” it raised concerns about several aspects of that work, including cost and schedule.