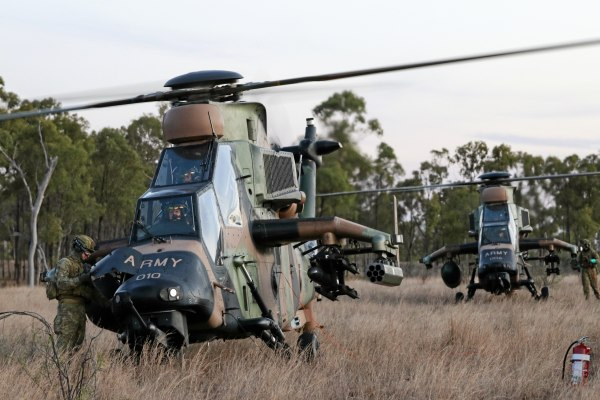 Lieutenant General Burr said the formation of the Army Aviation Command was a significant achievement for the Australian Army and the Australian Defense Force.

“The Command will improve resilience and adaptability and ensure Army’s training system is agile and contemporary.

“The unity, sense of purpose and focus in a single command will support our land forces to achieve more tasks, in more difficult environments.

“The command also represents the delivery of another key milestone set out in the 2020 Defense Strategic Update and 2020 Force Structure Plan.”

“Aviation Command will coordinate the introduction into service of new helicopters and unmanned aerial systems, and enhance and assure the safety, effectiveness and sustainability of current aircraft,” Major General Jobson said.

“The changes to Army’s aviation command and control structure will simplify the management of Army’s helicopters—one of the most multifaceted and resource-intensive platforms used by the land forces.”

As of now, 16th Aviation Brigade and the Army Aviation Training Center will transfer from Army Forces Command to Aviation Command.