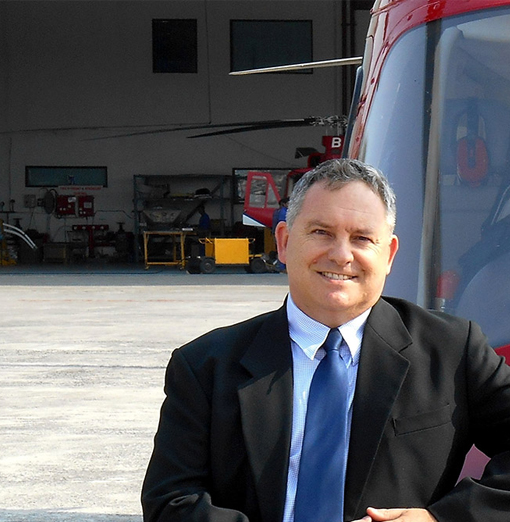 Baker, who spent 20 years as engineer at the Royal Australian Air Force, has been leading Global Vectra since 2015. The company has inducted the ﬁrst H130 in India for its on-shore operations division offering charters and religious tourism services, among others.

After his career at the Australian Air Force, Baker spent over a year as logistics manager at the country’s Defense Force before moving on to the commercial aviation sector which introduced him to Abu Dhabi in 2006.

In the UAE capital, Baker worked for Falcon Aviation Services as VP for Operations, a position he held for more than seven years before he moved to Etihad Airways where he served as senior project manager for more than a year.