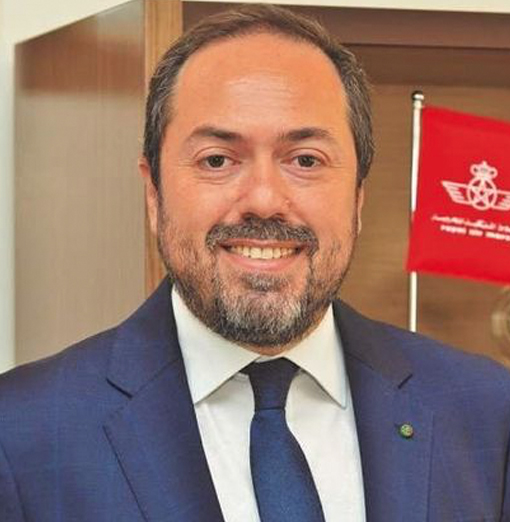 His Majesty King Mohammed VI named Abdelhamid Addou as the new CEO of the Royal Air Morocco (RAM) in February 2016, succeeding Driss Benhima, who held the position since 2006.

A graduate of the Ecole Mohammedia School of Engineering, Mr. Addou began his career in multinational ﬁrms in the private sector before being tapped to work for the Moroccan government.

In 2008, Mr. Addou was appointed to lead the Moroccan National Tourist Ofﬁce (ONMT). He held that position for four years before moving back to the private sector where he ﬂourished.

In 2014, he was named the director general of the Development Corporation of Essaouira Mogador station (Saemog).

As the head of the country’s ﬂag carrier, Mr. Addou is facing numerous challenges, foremost of which is transforming the company to a more viable business venture