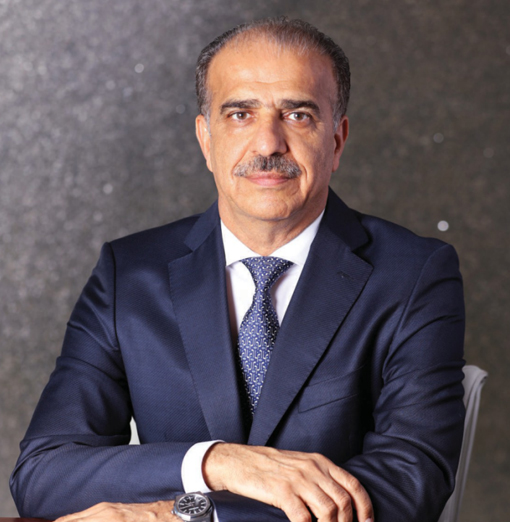 Abdul Khaliq Saeed is an accomplished business leader with over 40 years of experience in the aviation industry and a proven track record of business transformation and profitability improvement in the companies he has led over the years.

In September 2017, Abdul Khaliq took charge as the Chief Executive Officer of Etihad Engineering, the largest independent maintenance, repair and overhaul (MRO) services provider in the Middle East to lead a team of 2,000 professionals from more than 60 countries.

Within a year of taking charge at his latest leadership role, Abdul Khaliq achieved significant improvements in profitability for Etihad Engineering by increasing third-party business from all over the world, expanding capabilities, building collaborations and partnerships with industry leaders, and maintaining high staff engagement and commitment to the growth of the company.

The Etihad Engineering team is now delivering its highest levels of performance and customer satisfaction, making it one of the most reliable and best-in-quality MRO service providers globally.

Etihad Engineering services more than 250 aircraft of all major Airbus and Boeing platforms annually for customers from across the world – from Latin America and Europe to the Middle East, Africa, Asia and Australia.

The company’s growth trajectory has accelerated further by Abdul Khaliq’s sharp focus on expanding the scope of the company’s core competencies and strategic investment in next generation aircraft platforms.

Fully aligned with UAE’s Vision 2030, Etihad Engineering sees third-party customers fly in their aircraft from the far flung corners of the globe for the extensive range of MRO services offered at the Abu Dhabi facility, strengthening the UAE’s position as a global aerospace hub.

Abdul Khaliq embarked on his career in aviation with Gulf Air in 1974 as a trainee and rose through the ranks to the position of Vice President, Technical. He subsequently held key leadership positions at Jet Airways in India and in Mubadala Aerospace, Abu Dhabi. He was chosen to lead Abu Dhabi Aircraft Technologies (ADAT) in 2011 as its President and CEO and then Abu Dhabi’s Turbine Services and Solutions (TS&S) as its CEO from 2014 priorto joining Etihad Aviation Group in 2017.

In each of his roles in the MRO industry, Abdul Khaliq has consistently demonstrated his ability to steer businesses in the right direction with his people-focused leadership and unrelenting commitment to excellence, achieving high levels of operational performance and profitability.

An aeronautical engineer by training, Abdul Khaliq holds a Diploma in Executive Management from the University of Virginia’s Darden School of Business Administration. He is passionate about mentoring his staff and youngsters to pass on his experience and develop the next generation of leaders. “Leadership starts by listening, grows through serving and succeeds through caring,” Abdul Khaliq believes.