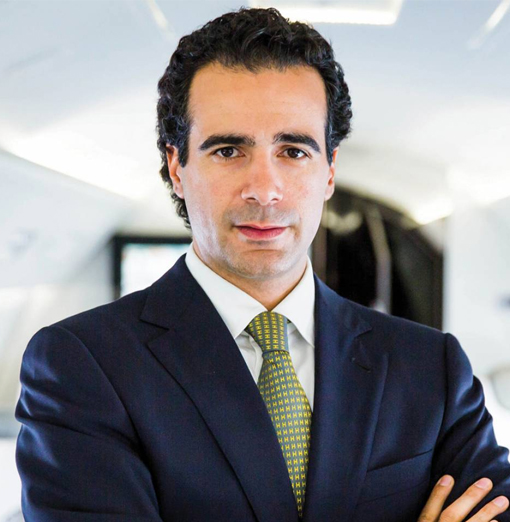 He has held two chairmanships on publicly listed companies and sat on a number of boards.

One of his most important accomplishments, he says is that of building a strong corporate team at IWG with a true love for what they do, the company and each other.

What he finds the most interesting at work is the ever changing and continuous movement.

He envisions the future of aviation as one of quality and safety alongside brilliant scientific innovation.

Ghazaleh completed his high school education in American School-Chile, and earned his BA in Economics from North Eastern University (Boston). Arab Wings was established in 1975 and stands as the first private jet charter operator in the Middle East.