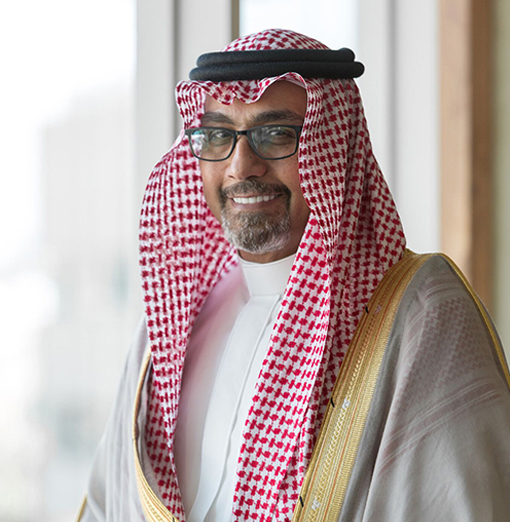 Jazzar is also responsible for communicating and implementing Boeing’s vision, mission and messages in Saudi Arabia. He joined Boeing with 30 years of experience in the commercial aviation industry. He graduated with a Bachelor’s Degree in Electrical Engineering from the University of Wisconsin–Madison in 1980. In 1995, he completed the Columbia Senior Executive program at Columbia University Graduate School of Business in New York.

Jazzar started his career with Saudi Arabian Airlines in 1974 as a certified mechanic in the radio shop. Throughout his career with the airline, he held a variety of positions, including senior and master avionics engineer, general manager of the Royal Aircraft Engineering and Maintenance Division, and vice president of the Technical Services Division in charge of all Saudi Arabian Airlines aircraft maintenance worldwide.

As Technical Services Division vice president, he oversaw the engineering, planning and maintenance operations of the commercial and royal fleet of Saudi Arabian Airlines, which consisted of more than 100 airplanes, and managed a labor force of more than 5,800 employees.

From 2001 to 2005, Jazzar served as a member of the Board of Directors of the Saudi Aviation Club in Riyadh. He also served on the board of directors of Alsalam Aircraft Company, on the operations committee of the International Air Transportation Association (IATA) and as a member of the advisory committee of the College of Engineering, King Abdulaziz University, Jeddah, until his retirement from Saudi Arabian Airlines in 2004. As well, he is a former member of the Saudi Academy of Civil Aviation.

Since 2007, Jazzar has served as a member of the Board of Trustees of Alfaisal University and an advisory committee member of King Abdullah City for Atomic and Renewable Energy. He is also an advisor and head of the Remote Control Committee, which is part of the Saudi Aviation Club in the Kingdom of Saudi Arabia; chairman of the Boeing Industrial Technology Group; board member of Alsalam Aerospace Industries; and a board member of the Saudi Rotorcraft Support Company.