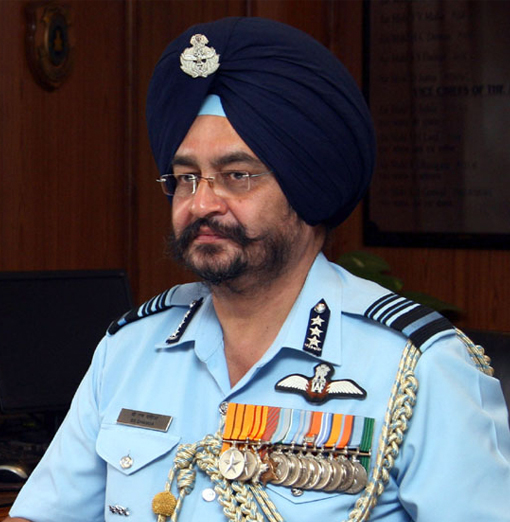 Commissioned in the IAF in June 1978 as a ﬁghter pilot, he is an alumnus of Rashtriya Indian Military College, the National Defence Academy and the Defence Services Staff College, Wellington.

The Air Chief Marshal has mainly ﬂown the Kiran and MiG-21 aircraft with ﬂying experience across the entire spectrum of ﬁghter aircraft from the Jaguar to the state-of-the-art MiG-29 & Su-30 MKi, with an immaculate record of ﬂight safety throughout his distinguished careeras ﬁeld commander.

The Air Chief Marshal has many feathers in his hat. As Commanding Ofﬁcer of a  f ront l ine ground attack ﬁghter squadron, he led the IAF punch during the ‘Limited War’ against Pakistan to evict the enemy from their ‘dug in’ defences in the icy heights of Kargil region.

During the conﬂict, under his leadership and supervision, the squadron devised unique and innovative methods of bombing in the night at altitudes never before attempted in the history of air warfare.

Before taking over as the Chief of the Air Staff he held the appointment of Vice Chiefofthe Air Staff.