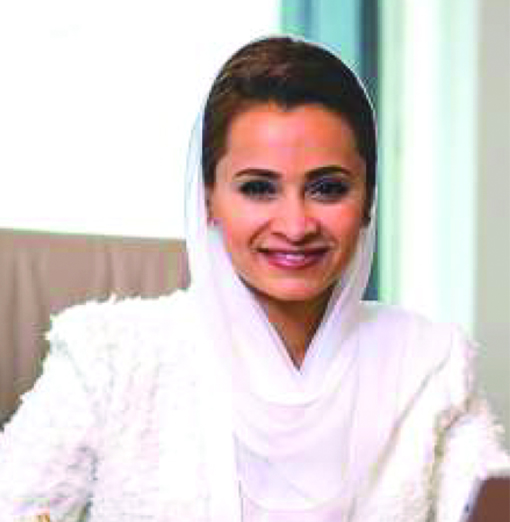 Aysha Alhameli is a pioneer. At aged 16, she became the örst female pilot in the UAE.

She has an impressive academic, technical and managerial career culminating in 2009, when she was appointed as the first UAE Representative to the ICAO Council, and the youngest Permanent Representative in the history of the organization.

Alhameli has been the UAE’s Representative to the Council of ICAO for almost a decade. She is now one of the most experienced and respected members of Council.

She has also worked extensively to form a bridge between ICAO and the greater civil aviation community: she has been a strong advocate for the ICAO Next Generation of Aviation Professionals program and supported the round-the-world “Dreams Soar”øight to promote aviation and STEM (science, technology, engineering and mathematics) among school children.

Before being appointed to ICAO, Alhameli was the Director of Air Transport of the UAE General Civil Aviation Authority where she led more than 80 international air services negotiations that enabled UAE airlines to provide service around the world. She also embarked on a process of long-term cooperation between the UAE and developing countries from all regions and supported the signing of Memoranda of Understanding with ACAC, AFCAC, and LACAC. This further expanded cooperation and capacity building between these organizations and the UAE.

Alhameli was awarded a Graduate Certificate in Air Law from McGill University in 2018; a Master of Science in Air Transport Management from the City University of London in 2011; and a Bachelor of Arts in Social and Behavioral Sciences (International Studies) from Zayed University in Abu Dhabi in 2006. She has also attended executive
management courses at prestigious institutions such as Harvard Business School, Columbia University, and Rotman School of Management.

Her non-academic qualifications include a Commercial Pilot License, Airline Transport Pilot License, and Certified Flight Instructor – Instrument with a type rating on the DASH-8. She has received numerous awards, including the Award of the UAE Federal Personality in 2013, the Trailblazer Award in 2014, and the Woman of the Year Award from Air Transport News in 2015.