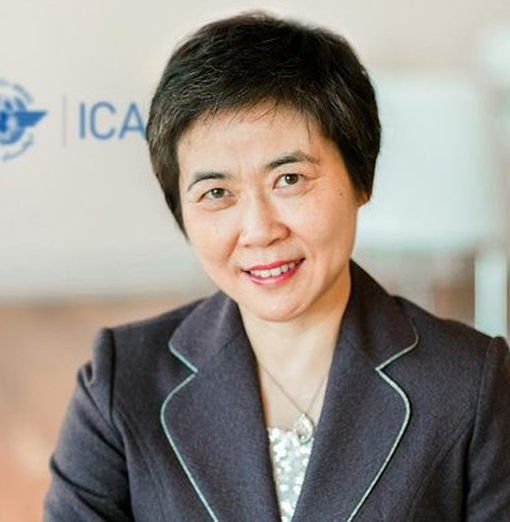 Dr. Fang Liu is the Secretary General of the International Civil Aviation Organization (ICAO). Her recent reappointment mandates she must serve until July 2021.

Prior, Dr. Liu served for eight years as the Director of ICAO’s Bureau of Administration and Services (ADB). During her tenure, she contributed extensively to ICAO’s Senior Management Group and also participated in the High-Level Committee on Management within the United Nations common system.

Dr. Liu also served the General Administration of Civil Aviation of China (CAAC), where over the course of 20 years she successively held the posts of Legal Counsel, Deputy Director, Director and Deputy Director General, Department of International Affairs and Cooperation.

She was responsible for China’s international air transport policy and regulations, bilateral and multilateral relations with international and regional organizations including ICAO, the World Trade Organization, the Asia-Paciﬁc Economic Cooperation (APEC), the European Union, and the Association of Southeast Asian Nations (ASEAN). She was also the chief negotiator for the Chinese government for bilateral and multilateral air transport agreements with foreign countries.

Dr. Liu has a PhD in international law at Wuhan University, China, and a Master’s Degree in airand space lawat Leiden University, the Netherlands.