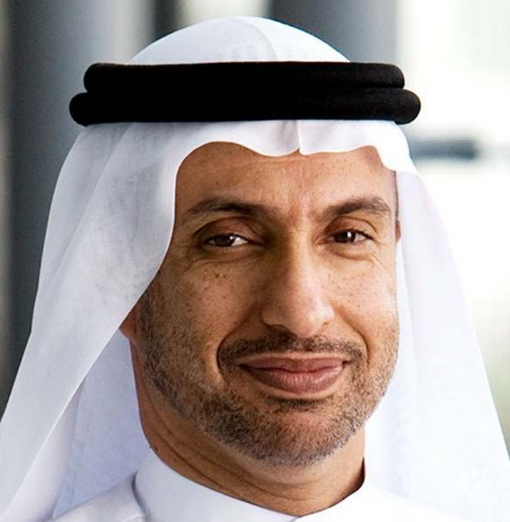 Dr. Mohammed AlZarooni was appointed Director General of theDubai Airport Free Zone Authority (DAFZA) in 2000. He was also appointed the Vice Chairman and CEO of the Dubai Silicon Oasis Authority (DSOA) in 2002 and still leads both entities.

In 2015, H.H. Sheikh Mohammed Bin Rashid Al Maktoum, UAE Vice President, Prime Minister and Ruler of Dubai issued decree No. 23 and 30 regarding the formation of the Dubai

In 2014, Dr. Al Zarooni was elected Chairman of the World Free Zones Organization, an

entity established in Geneva, Switzerland in 2013 and headquartered in Dubai. The WFO operates as an association for all free zones around the world, transforming the way in which many economies around the world operate.

In 2006, Dr. Al Zarooni was appointed Director of the Board for Dubai Aerospace Enterprise (DAE) Ltd. Additionally, he was named to serve as a member of the Dubai Executive Council’s Economic Development Committee.

He completed his BA in Economic Geography from Emirates University.

Dr. Al Zarooni is also a lecturer at the UAE University where he ensures to pass on to the next generation his extensive executive management experience in building free zones exceeding 20 years.