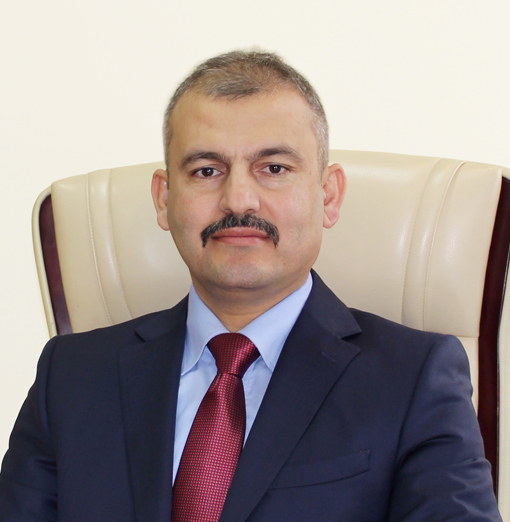 A native of Erbil, Kurdistan Region of Iraq, Mr. Majid is a wellestablished family man and entrepreneur surrounded by a great loving team of passionate, multicultural, multi-ethnic professionals in the field of air transport and logistics.Held in high-esteem in the industry, Mr. Majid was elected in 2015 to sit as a board member in the Executive Committee of the National Association of Freight and Logistics (NAFL).The group entrusted him to chair the Air Freight Subcommittee.A good listener, supportive and compassionate, he is also known to be an outspoken yet friendly motivator and likes to be precise on details.

After earning his BSc in Engineering, Mr. Majid worked in Iraq in the field of power generation systems before deciding to move to the UAE where he joined a leading consulting engineering firm for about two years.Towards the end of 2001, he joined forces with other colleagues to establish their first business venture. Over time,their collaboration resulted to more successful joint enterprises.

Mr. Majid holds the credit as one of the very first individuals who explored possibilities and potential in the commercial air cargo and express services to Iraq. Not only did he carry out the first air transportation for a commercial shipment landing in Baghdad Airport, but also the very first commercial cargo flight into Erbil Airport. This was even before the airport gained its IATA code, well ahead of any passenger service.

He had recognized very early the significance of scheduled freighter operation, and developed charter flight operations into weekly schedules. As early as 2008, Mr. Majid’s MATEEN Express also became the first in Iraq to operate western palletized freighters (B747F, A300F and DC8-63F) commercially into Erbil and Sulaimaniya.

Being a strong visionary, gifted with great analytical and imaginative capabilities, Mr. Majid has in-depth knowledge and industry insights, leading the commercial aviation in Iraq.He led the creation of a new transportation era and changed the way business was conducted in Iraq by introducing the modern concepts of Supply Chain Enhancement (Inventory Management, Cash Flow Management, Just in Time Deliveries,among other things.)

By Mid-2001, he had foreseen a substantial geopolitical shift in Iraq and as a result, established the first commercial entity in Dubai, ushering the birth of MATEEN Express in the UAE, Iraq,Kurdistan, and later expanding its operations to China and Turkey.

* The first ever to offer air transportation & express delivery for commercial cargo in Iraq (2003).

* Operations commenced in May-2003 within the mother company at the time.

* Registered in the UAE in 2005, it grew to 25 branches in Iraq, Kurdistan, UAE, China and Turkey, within just a few

* Equipped with a harmonized, energetic and dedicated team of over 400 people of different ethnic backgrounds,religion, nationality, closely working in a friendly work environment across the organization.

* In Iraq, MATEEN Express owns and operates a fleet of 44 truck trailers & 74 Toyota 4x4s serving the oil and gas industry.

* Own Charter Flight operations, serving Iraqi sectors during times when others cannot/do not operate.

* Carriage of Radioactive, Explosive, all classes of dangerous goods and heavy loads.

* Collaborating with all major cargo airlines to Iraq & Kurdistan.

* The only operator offering “Guaranteed Next Day Deliveries to Iraq”.

* The section of GSA, GSSA & CSA associates with almost all cargo carriers operating to Iraq.

*Implant service advisors in clients’ base