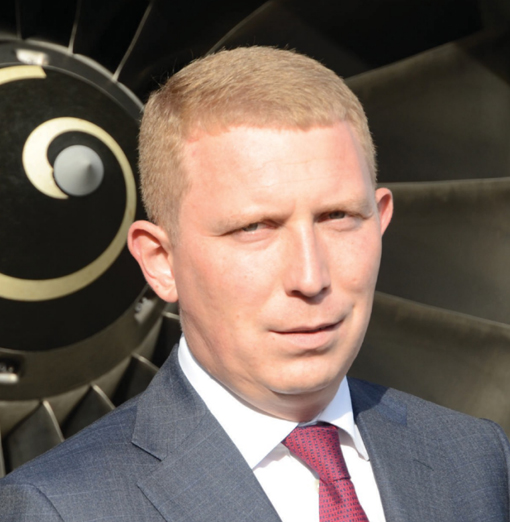 Evgeny Solodilin holds the position CEO of JSC “ZIA CARGO” and First Deputy CEO of JSC “RAMPORT AERO” (Zhukovsky International Airport). In the past, he held leadership positions in Zhukovsky City administration for many years. He is known as a highly qualified organizer and effective leader.

Solodilin was at the forefront of the creation of the civil aviation sector in Zhukovsky, a city about 40 km southeast of Moscow with a thriving economy.

Since the founding of RAMPORT AERO, he worked on creating an airport development concept, engaged in communications with aviation state regulators.

He also made a significant contribution to the development of passenger transportation at Zhukovsky Airport, increasing the efficiency of airport services, initiated and led the creation of a cargo operator.

“Our number one task is to establish an efficient and reliable service provider for Russian and foreign airlines, both for the current partners of Zhukovsky International Airport, and the upcoming cargo operators and airlines. In fact, for companies from the European, Middle Eastern and Asian regions, ZIA CARGO is a new way to central Russia,” says Solodilin.

As top manager at RAMPORT AERO and ZIA CARGO, Solodilin is responsible for addressing issues related to strategic planning, policy and program development and implementation.

Solodilin holds a degree in Economics from the Moscow State University of Economics of Statistics and Informatics.