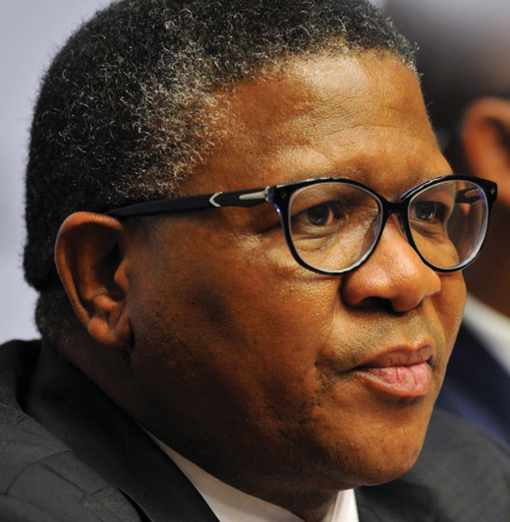 Fikile April Mbalula was appointed as South Africa’s Minister of Transport on May 30, 2019. His office, the Department of Transport, is responsible for policy-making and regulating all matters concerning public transport, rail transport, civil aviation, road transport and maritime transport in the country.

A member of the African National Congress (ANC) National Executive Committee from December 2009 and a member of Parliament for many years, Mbalula also served as Minister of Police of the Republic of South Africa from March 31, 2017 until February 26, 2018.

Mbalula underwent extensive training in Leadership Skills by the Careers Research and Information Centre and as a counselor by the Organization for Appropriate Social Services in South Africa in psychotherapy.

In 1998, he became a member of the Local Branch Executive Committee of South African Youth Congress (Sayco) and an affiliate member of the Socialist International. He also served in various leadership capacities, including as President, to the International Union of Socialist Youth.

Mbatula also served as Minister of Sports and Recreation for many years, initiating numerous projects empowering South African youth to prepare them for a productive future.