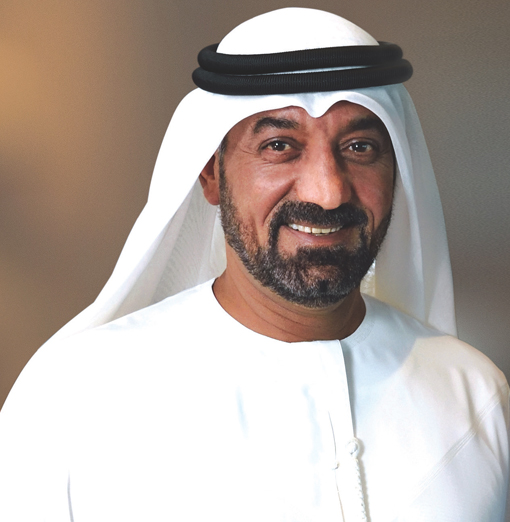 Over the past 25 years, HH Sheikh Ahmed Bin Saeed Al Maktoum has been at the forefront of Dubai’s remarkable economic development spearheading the successful expansion of aviation, which now supports 28 percent of Dubai’s GDP, and more recently, formulating economic, investment and fiscal policies and strategies in support of the emirate’s overarching vision.

Sheikh Ahmed embarked on his career in the aviation industry in 1985 when he was appointed President of the Dubai Department of Civil Aviation – the governing body that oversaw the activities of Dubai International and Dubai Duty Free, among others.

In the same year Emirates airline–Dubai’s international carrier was launched with Sheikh Ahmed as its Chairman. He is now the Chairman and Chief Executive of Emirates Airline & Group, which includes dnata – the region’s leading travel services and ground handling company, and other aviation related entities.

Under Sheikh Ahmed’s leadership, the DCA underwent an organisational restructuring in April 2007 resulting in the creation of the Dubai Civil Aviation Authority (DCAA) as the local regulatory body, and Dubai Airports as the owner and operator of Dubai’s airports – Dubai International and Dubai World Central. Following the restructuring, Sheikh Ahmed became the President of DCAA and Chairman of Dubai Airports.

The fact that Dubai is now firmly established as the region’s leading tourist destination and business, trade and transport hub is due in no small measure to the efforts of Sheikh Ahmed. Under his leadership, Dubai International has developed from humble beginnings into the world’s fourth busiest airport for international passenger and cargo traffic with a network of over 260 destinations served by more than 140 airlines.

Founded in 1985, Emirates has grown from being a regional airline with just two leased aircraft and three destinations, to an acclaimed international airline with a fleet of some 200 aircraft, including the world’s largest fleet of Boeing 777s and Airbus A380s. Flying to more than 150 destinations across six continents, Emirates is the world’s fastest growing intercontinental carrier. In addition, the airline has reported profits for 25 consecutive years, a rarity in the airline industry. Dubai Duty Free has become one of the biggest single airport retail operations in the world in terms of turnover with revenues of US$1.46 billion in 2011.

In June 2009, with the launch of flydubai, its own budget carrier, Dubai added another first to its long list. Within three years of its launch, flydubai has already emerged as the second largest contributor to traffic at Dubai International and features over 820 flights per week.

Dubai World Central (DWC), Dubai’s airport of the future launched on June 27, 2010 was another historical moment for Dubai as the first major step towards establishing it as the world’s most preferred aviation and logistics hub. It followed the spectacular opening of Dubai International’s Terminal 3 on October 14, 2008  widely acknowledged in the industry as the most successful launch of a terminal of its size.

Sheikh Ahmed holds a number of government positions and plays an increasingly pivotal role in leading the emirate’s finance and energy sectors. Despite his numerous business activities, he is Patron to many charitable organisations. He has also received numerous accolades from various Governments and multi-nationals (see the addendum attached).

HH Sheikh Ahmed has a Bachelor’s Degree from the University of Denver, Colorado, USA. He is well known internationally for his contribution to the development of aviation in the region.

The Royal Aeronautical Society, one of the industry’s oldest and most respected professional associations honoured his achievements in aviation with a fellowship of the Society at the 1994 Farnborough Air Show in the UK.

In May 2013, he was presented with an honorary Degree of Doctor of Science from City University London – Cass Business School in May 2013 in recognition of his outstanding leadership in the development of professional sectors including aviation, finance, banking and entrepreneurship among others in the UAE.