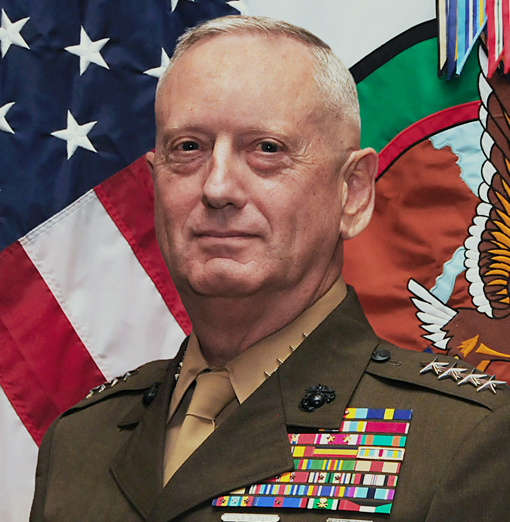 During his more than four decades in uniform, Secretary Mattis commanded Marines at all levels, from an infantry riﬂe platoon to a Marine Expeditionary Force. He led an infantry battalion in Iraq in 1991, an expeditionary brigade in Afghanistan after the 9/11 terror attack in 2001, a Marine Division in the initial attack and subsequent stability operations in Iraq in 2003, and led all U.S. Marine Forces in the Middle East as Commander, I Marine Expeditionary Force and U.S. Marine Forces Central Command.