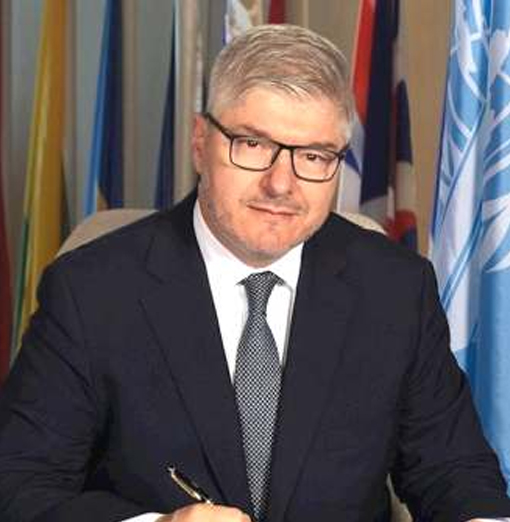 He assumes this role as CEO of the UN’s specialized agency for civil aviation as the international øight network continues to assure the efficient global movement of food, vaccines, e-commerce, and other essential supplies and personnel, despite the air transport industry still being severely confronted by COVID-19, greatly diminished routes, and slowly rebounding international air travel and tourism.

“It is a great honor to be assuming this role at this time, and to have the opportunity to help governments and ICAO play an important part in how this sector builds back better and recovers from the global pandemic,” Salazar commented. “We are still facing some tremendous challenges to the restoration of global air connectivity today, and with many regions and populations all over the world facing prolonged economic, social, and emotional hardship as a
result.”

Salazar’s career in international civil aviation spans over 27 years in various advisory and leadership roles. Prior to his appointment as Secretary General, he served as Director General of Aeronautica Civil of Colombia – Aerocivil. For the 12 years prior to joining Aerocivil, he was a Senior Advisor to the UAE General Civil Aviation Authority.

His professional experience also includes terms as the President of Latin American Civil Aviation Commission (LACAC), Secretary of the Colombian Civil Aviation Board and Director of its Air Transport Office, Director General of Air Transport at the Colombian Ministry of Transport, Corporate Secretary and Director of the Legal
Department of Tampa Cargo (currently known as Avianca Cargo).