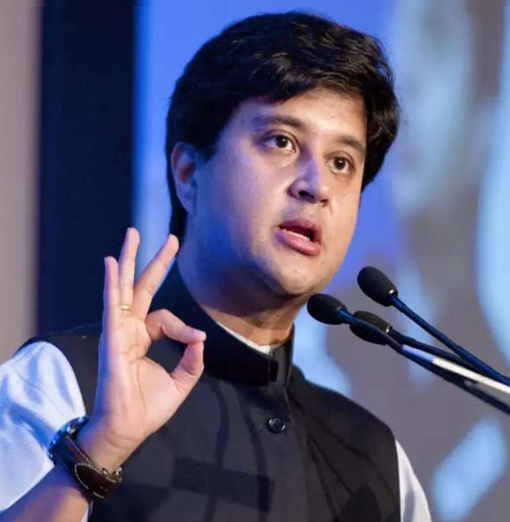 Scindia’s tenure as Minister of State for Communications & IT ushered in the transformational Project Arrow that modernized the Indian post oﬃces through new branding and IT-enabled procedures. In his tenure as Minister of State for Commerce and Industry, he successfully brought down transaction costs in Indian exports at various levels – right from the stage of production to the end customer.

As Minister of State for Power (Independent charge), heled the establishment of a unified transmission grid network i.e. One Nation One Grid with a 6-sigma reliability system with linkages for power plants, and resolved last-mile distribution issues in collaboration with State Governments.

India’s Minister of Civil Aviation completed his schooling from the Doon School, Dehradun. He holds a Bachelor’s degree in Economics from Harvard University, USA and an MBA degree from the Graduate School of Business, Stanford University, USA.

He has also worked at the United Nations, and as an investment banker at Morgan Stanley and Merrill Lynch.
Apart from his political roles, Scindia is passionate about education. He is currently serving as the President of the Board of Governors at the Scindia School, Madhav Institute of Technology & Sciences, Samrat Ashok Technological Institute and Patron of the Daly College.

With keen interest in cricket, he has also served as the Chairman of the Finance Committee of the BCCI, and as Former President and Chairman of the Madhya Pradesh Cricket Association.