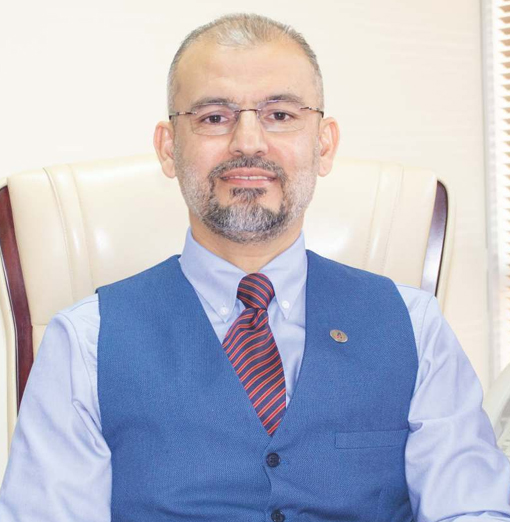 Outspoken yet a great motivator, Majid is held in high-esteem in the industry. Elected in 2015 as Executive Board Member of the National Association of Freight and Logistics and served for four years as Chairman of the Airfreight Subcommittee, he was re-elected in 2019 and was selected to Chair NAFL’s newly-formed Courier & e-Commerce Subcommittee.

A graduate of BSc in Electrical & Telecom Engineering, Majid briefly worked in Iraq in the field of Power Generation Systems. He later moved to the UAE where he joined IBA Abu Dhabi, a leading MEP Consulting Engineering firm for about two years.

Seeing a substantial geopolitical shift in Iraq, he left his engineering career by mid 2001 to establish the family’s first company in Dubai, ushering the birth of MATEEN Express in the UAE, Iraq and Kurdistan simultaneously, later expanding its operations to China and Turkey, with a self-grown network of trusting partners across the world.

Majid is one of the first people who explored possibilities and potentials in commercial air cargo and express services to Iraq. He carried out the first air transportation for commercial shipment to Baghdad Airport and the first commercial cargo flight landing in Erbil Airport in Kurdistan Region.

Recognizing the significance of scheduled freighter service, Majid and his team developed charter flight operations into weekly schedules in early 2006, using AN-12, then IL 76, both Soviet era military transport aircraft.

Majid was also the first to operate scheduled western freighters commercially to Iraq, starting with DC8- 63F, A300ERF and eventually B747F, focusing on Erbil and Sulaimaniya. This led to the creation of a new mode of transportation to Iraq, shortening the trading cycle, and improving supply chain by leaps and bounds.