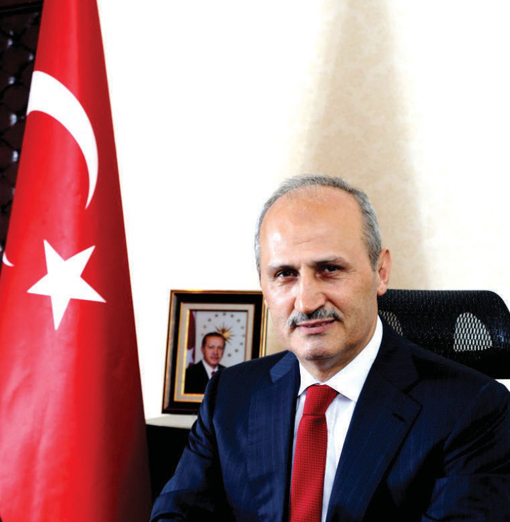 Mehmet Cahit Turhan was born in Trabzon in 1960. He graduated from Karadeniz Technical University’s Department of Civil Engineering in 1981, and received his Master’s Degree from the same university.

He started to work for the General Directorate of Highways (KGM) as engineer in 1985.

On July 9, 2018, Turhan was appointed by President Recep Tayyip Erdoğan as the Minister of Transportation and Infrastructure which is responsible for all transport, information and communication services in Turkey.

Turhan is married with three children.