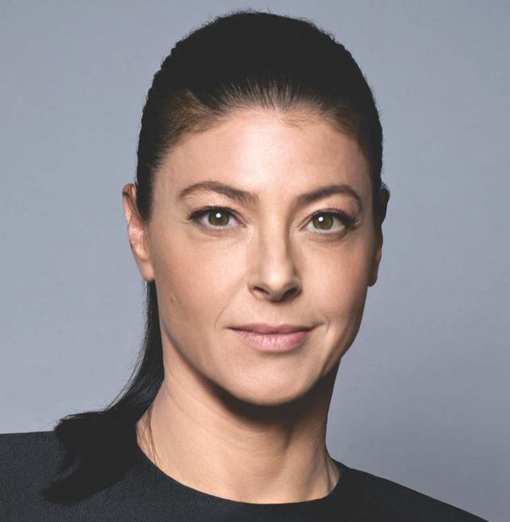 Merav Michaeli is Israel’s Minister of Transport and Road Safety. She is also a member of the 24th Knesset and serves as the Chairperson of the Labor Partner.

Before being elected to the Knesset, Michaeli was a journalist, television host and radio broadcaster. She is a known media figure and lecturer on gender.

She began her professional career at Galei Zahal where she anchored news and entertainment programs for 10 years. She later set up the subsidiary station Galgalatz and was a partner in the establishment of Radio Tel- Aviv, wherein she hosted and edited a variety of programs.

On television, Michaeli began by hosting“Mabat Sport” (Channel 1) and “Roim 6/6” (Educational Television). In 1993, with the establishment of Channel 2, Michaeli was a partner to the start of Keshet Broadcast, where she edited and hosted “Shishi Chai (Friday Live)”. She later anchored, on various channels, a variety of interview, current events and entertainment programs.

Michaeli lectured on television and gender at the College of Management’s School of Communications and at Kotarot School of Journalism, and examiner in the undergraduate studies on Radio at Sapir College, and author of columns for Haaretz.

In 1997, Michaeli set up the Ezrat Nashim Group, in which she served as acting Chairperson of the centers that help victims of sexual assault in Israel. Ever since, she has been involved in a variety of social as well as feminist activities and organizations.

In 2013, Michaeli announced her run for the Knesset. She placed fifth in the primaries in the Labor Party slate, and following Amir Peretz’s retirement, moved up to fourth place. Ahead of the elections for the 20th Knesset, she was elected to fifth place, and following the merger with Hatnuah Party, was positioned ninth. She served as Chairperson of the Zionist Union Parliamentary Group Chair.

Michaeli is considered a particularly active legislator. During her years in the Knesset, she initiated over 100 draft laws, focusing on social rights, women’s rights, employee rights and separation of religion and state. Michaeli founded and headed the Caucus for Self- Employed Individuals (along with MK Moshe Gaffni and MK Gila Gamiliel). She regularly ranks high in the list of the most active legislators in the Knesset, including for attendance and voting.