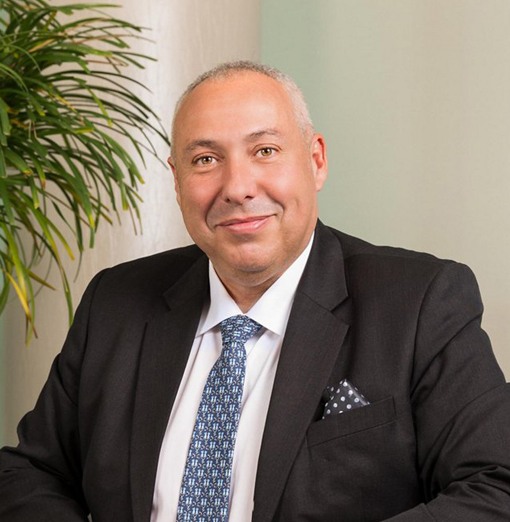 Mikail Houari, 50, was named Airbus President for Africa and the Middle East region in February 2017, bringing with him more than 25 years of experience in the industry at a global level.

He previously served as Deputy President for Africa and the Middle East and in his new role will lead the team to drive operations and future business across the region.

Mr. Houari began his career at Alcatel where he worked in Spain, China and Latin America. After which, he joined Thales, focusing initially on business in Saudi Arabia,thereafter, leading global sales of its SCADA products and services.

He joined Airbus in 2005 as Vice President for Latin America, overseeing the defense and space divisions from where he moved to the UAE in the same capacity covering the Middle East region.

In 2011, Mr. Houari was appointed as General Delegate for Airbus Group, before taking the position as Deputy President for Airbus in Africa and Middle East.

The Dubai-based Mr. Houari is a business graduate in Applied Commercial Sciences from Paris.He succeeds Habib Fekih, who retired after 30 years of service with Airbus, leaving a legacy of selling more than 1,300 aircraft to airlines and leasing companies across the region, raising the company’s market share to more than 60percent.

Over the past four decades, Airbus has transformed the aerospace landscape in Africa and the Middle East by providing innovative and often game-changing products and by building sustainable industrial, commercial and research partnerships.

Airbus is a global leader in aeronautics, space and related services. In 2015, it generated revenues of €64.5 billion and employed a workforce of around 136,600. Airbus offers the most comprehensive range of passenger airliners from 100 to more than 600 seats.