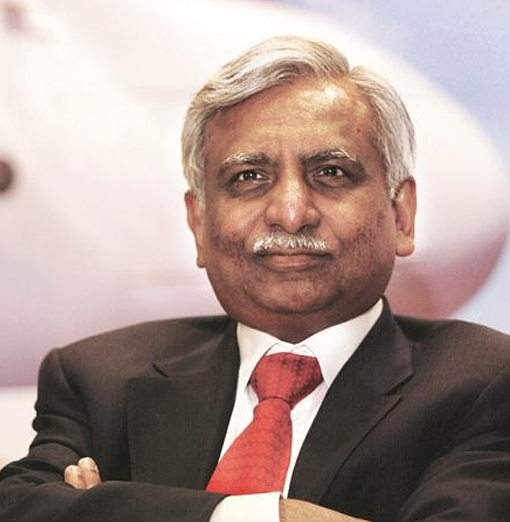 After graduating in Commerce in 1967, Goyal joined the travel business with the GSA for the Lebanese International Airlines.

From 1967 to 1974, he underwent extensive training in all facets of the travel business through his association with several foreign airlines. With the experience, expertise and technical know-how acquired, in May 1974, he founded Jetair (Private) Limited with the objective of providing sales and marketing representation to foreign airlines in India.

He was involved in the development of trafﬁc patterns, route structures, operational economics and ﬂight scheduling, all of which has made him an authority in the world of aviation and travel.

He set up Jet Airways for the operation of scheduled air services on domestic sectors in India on May 05, 1993. Jet Airways Group currently operates a ﬂeet of 117 aircraft and it has one of the youngest ﬂeets in the region at an average of 7.33 years.

He has been on the Board of Governors of the International Air Transport Association (IATA) for four terms.