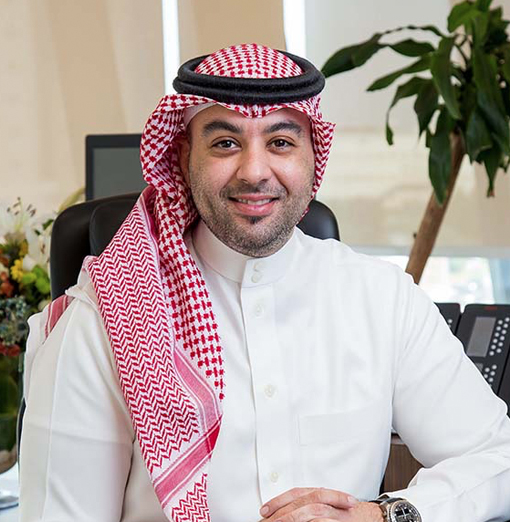 A holder of a Master of Science Degree in Procurement, Logistics and Supply Chain Management from the University of Salford’s Business School in Manchester, United Kingdom, Hariri’s creative strategic abilities and results- driven approach saw him rise rapidly through the ranks after starting out with DHL Express in Saudi Arabia in 2004 as Territory Manager for the Dammam area, becoming within a few years National Sales Manager for the whole Kingdom.

In January 2011, Hariri was appointed Chief Operating Officer at SAF Group where he spearheaded the day-to-day activities of its five companies and was instrumental in organizational restructuring, introducing cost reduction measures & achieving a marked increase in top line growth. Hariri then returned to DHL Express in November 2012 as Country General Manager in Kuwait, leading over 200 employees in a drive to optimize market share, revenue and profit while minimizing sales costs.

His success in providing strategic direction to commercial, marketing and operations teams led to his appointment two years later as DHL’s Vice President Commercial in Saudi Arabia, where with 1,200 employees under his charge, he maintained his record of achieving revenue targets and increasing market share.

In 2016, Hariri was offered the post of Managing Director at Abdul Latif Jameel Logistics, the licensee of FedEx Express in the Kingdom, where he was tasked with reestablishing the FedEx brand in the Saudi market, launching a group of logistics companies to cater for Abdul Latif Jameel Group’s logistics needs, and making the Group one of the region’s key logistics players within five years.

After turning operations into a profit-making business in under a year, establishing a domestic network across the Kingdom and stabilizing FedEx operations in the country, Hariri was offered his present position as CEO of Saudia Cargo, where he oversees a global network of 225 destinations across Asia, Africa, Europe and the USA, as well as 26 domestic destinations.