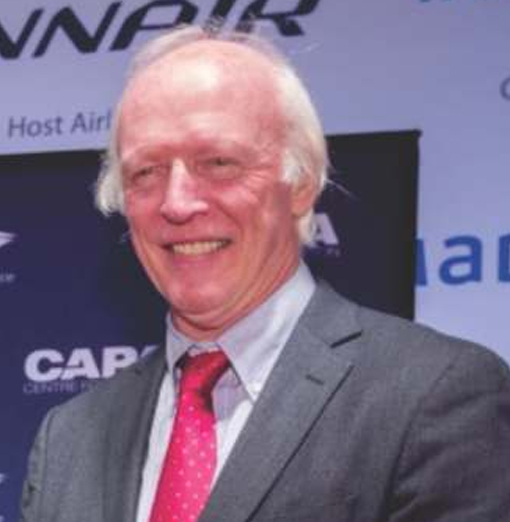 Peter Harbison is Executive Chairman of CAPA-Centre for Aviation (formerly the Centre for Asia Pacific Aviation), which is today the world’s largest publisher of B2B commercial aviation information and analysis.

Peter is an aviation lawyer, consultant and commentator on industry issues. He frequently speaks at industry events and presents private highlevel executive briefings to airlines, airports, suppliers and consultants.

His career in aviation comprises more than 40 years, in government and in industry, including two years with the Australian mission to the International Civil Aviation Organisation in Montreal and 10 years at a senior level in the International Air Transport Association in Geneva.

Peter was formerly Chairman of IATA’s World Aviation Regulation Monitoring Group, President of the Aviation Law Association of Australia and New Zealand and an IATA Travel Agency Commissioner. He holds LLBs from Melbourne and London Universities and LLM (McGill).