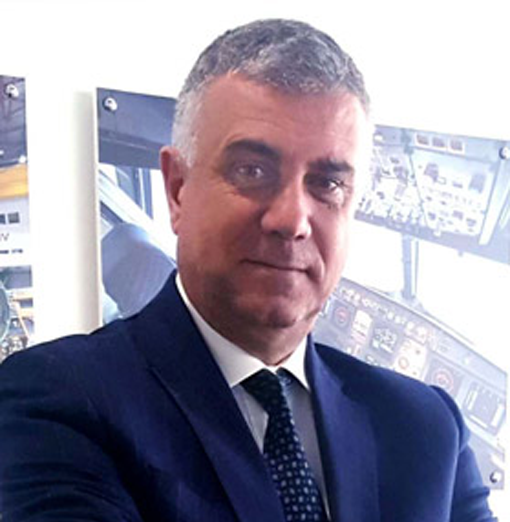 Pietro Pascale currently serves as the Managing Director and Accountable Manager (COO) at Atitech S.p.A. in Naples, Italy. He has been with the company since 2015 and also serves as Board member.

In 1987, Pascale began carving his MRO career as flight test engineer for Aeritalia, an aerospace industry company (today part of Leonardo) in Italy, where he stayed for more than 10 years entrusted with sensitive positions locally and overseas.

He was seconded in 2008-2009 at Aerospatiale Toulouse (today EADS) in the flight test department for the certification of the ATR 72. From 1994 to 1997, he was the Maintenance Director at Aeronavali spa (part of Aeritalia) in Naples.

In Alitalia, since 1997, he served until 2004 as maintenance and overhaul director mainly responsible for the Wide Body Maintenance and Overhaul for B747, B767, B777, DC10, MD11, including shops and the paint hangar.

At the end of first Q 2009, when Air One merged with Alitalia, Pascale continued to work with the owner of Air One to continue to buy aircraft to be leased to Alitalia as VP Operations at Aircraft Purchase Fleet Limited from 2009 to 2011 in Dublin, Ireland in-charge of fleet development and asset management before moving to Livingston S.p.A as Accountable Manager and COO (2012-2015) mainly responsible for the company’s overall operations and maintenance activities (Flight, Ground, CAMO, Maintenance, Safety, etc.), carried out in accordance with the EASA rules and the National Airworthiness Authority.