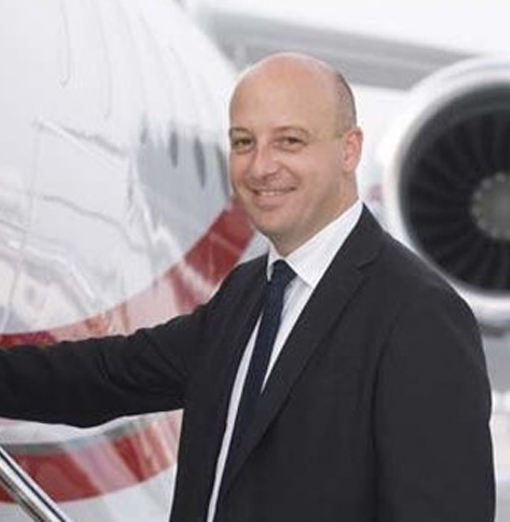 Renaud Cloatre was appointed Falcon business jets Regional Sales Director in 2009 and is based in Dubai, UAE.

After working in EADS in Washington D.C., he started his career with Dassault Aviation in 2001, in the customer service department, in-charge of the Commercial relation with the company’s avionics system suppliers And was based in Dassault’s Headquarters in St. Cloud, Paris area.

In 2003, he was appointed service sales manager for the Eastern Hemisphere, and co-developed the Falcon Care nose to tail maintenance plan by Dassault.

Born in an aviation family, his passion for the industry was seen very early when he obtained a glider pilot license at the age of 14, followed by a private pilot license and started mountain flying in 2008.

Cloatre holds a degree in Biochemistry and an MBA from ICN Business School in France.