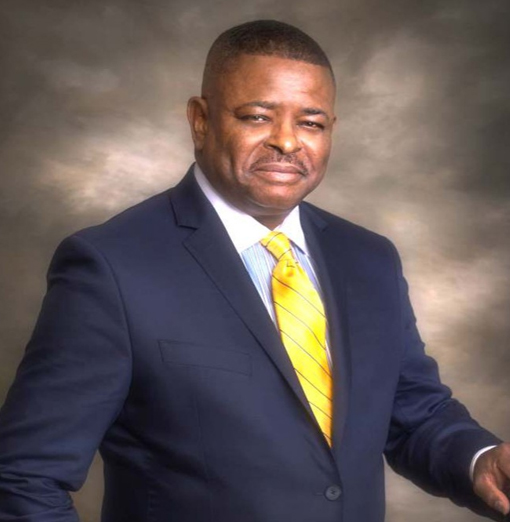 As a resident of Jackson, Mississippi, USA and graduate of Alcorn State University, Commissioner Martin is the owner and Chief Executive Ofﬁcer of the RedTail Aviation Group, a privately-held aviation consulting company that provides business development and strategies.

His extensive experience and preparation for the JMAA Board of Commissioners began back in 2001 while a First Oﬃcer at Mesa Airlines, one of America’s largest regional airlines.

In 2002, Commissioner Martin was a part of the 71st Flying Training Wing providing basic Special Undergraduate Pilot Training (SUPT) for the military, along with transport air crew training. His background also includes his tenure as Vice President for City Skies Airways from 2007 until 2010, where he was responsible for corporate strategy and engineering functions.

Announced in January of 2019, Commissioner Martin became the newest commissioner to join the roundtable of the Jackson Municipal Airport Authority Board of Commissioners. His interest in serving on the Board stems from his devotion to assisting the community.

“Influence un-used, is better not to have. It must be about the community. I started out at Hawkins [Field Airport] over 20 years ago. I’ve held aviation positions in numerous areas, as well as own an aviation consulting business. Having that background ties into the day-to- day operations of what we are charged with overseeing. Additionally, I have spent a considerable amount of time in the hotel industry, and we’re ultimately providing hospitality and customer service.”

Commissioner Martin’s hospitality experience dates back to 1990 at the Atlanta Hilton & Tower as the Security  Director  and  Sales  Manager.  In  2016  he continued his customer service excellence at the Courtyard by Marriott in Jackson, Mississippi, USA.

“I think we have to focus on how JMAA supports and benefits the local community. One example is our hopes for Hawkins Field, where we would wish to potentially develop training for mechanics and possibly even commercial pilot training. We must build from the inside out. One of the toughest things about attracting business is educating our future aviation leaders.”

Now that Commissioner Martin is on the JMAA Board, he believes that his service has great potential to change lives and the quality of life. One of 15 children, Commissioner Martin was driven by a strong determination to succeed. He is a member of Mississippi Southern First Ecclesiastical Jurisdiction Church of God in Christ, where he is an Associate Minister working directly with the church Bishop.