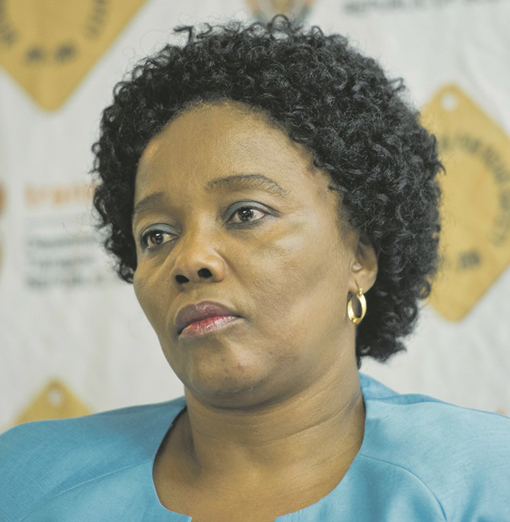 Sindisiwe Lydia Chikunga is the Deputy Minister of Transport ofthe Republic of South Africa since 2012.

A former student activist, Chikunga was also a member of the country’s Parliament since 2004 serving different committees. She was also an ex- ofﬁcio member of the African National Congress (ANC) Regional Executive Committee and had served on the African National Congress Women’s League (ANCWL) Regional Executive Committee as ex ofﬁcio member and ANC Deputy Regional Secretary and Regional Secretary for Gert Sibande Region.

As Deputy Minister of Transport for South Africa, Chikunga advocated for the development of the country’s aviation and maritime industries as well as empoweringwomen in the ﬁelds.

Chikunga trained as a nurse at the Edendale Nursing College in KwaZulu-Natal in 1978 and worked in clinics and hospitals in Mpumalanga after she got married, according to reports. She later became head of a nursing college before decidingto enterpolitics.

Chikunga is also a nursing graduate with honors. She later obtained a Master’s Degree in Nursing fromthe Universityof Pretoria.