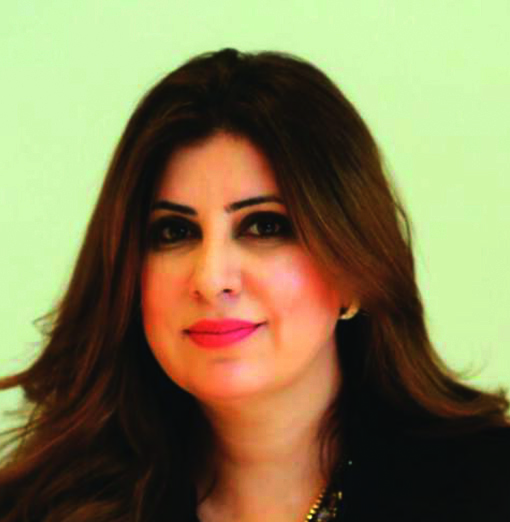 Talar Faiq Salih has been the Director of Erbil International Airport since 2009 when she returned to her homeland, Kurdistan, in northern Iraq, after living for many years in London.

Tenacious and passionate about her work, Talar succeeded in spurring growth at Erbil airport by bringing in more airlines, cargo carriers and increasing passenger traffic to the region.

The past year has been one of recovery for EIA following its reopening to international traffic in March 2018, ending a six-month blockade imposed by the Baghdad Government in response to the referendum for independence on September 25th, 2017.

2019 has seen a gradual recovery resulting in the Airport’s busiest August on record with 215,000 passengers. Talar found herself in a difficult situation as she announced the airport’s closure from September 29, 2017. Such challenges are part of running an airport in Iraq and for her, it’s a familiar scenario having spent a decade as its director general.

Born in 1967 in Suliamani, a Kurdistan city in Iraq, Talar studied English translation at the University of Mustansiriyah in Baghdad.

In 1991, she began her career with the United Nations as an aid worker in Iraq’s refugee zones. She stayed with UN for nearly a decade before moving to the International Organization for Migration (IOM) where she continued her work for refugees.

The then London-based humanitarian worker became a representative of the Kurdistan Regional Government in the UK.

She returned to Kurdistan in 2009 and became the Director of the Erbil International Airport where she showed her business skills by increasing passenger traffic from only 435,000 in 2010 to 1.6 million in 2017.

Described as tenacious by her colleagues and passionate about the airport and the services it offers for passengers, airlines and air freight carriers, Talar remains determined to deliver on a complex program of development at Erbil International Airport including a new water treatment facility, the rehabilitation of the fuel farm to increase storage facilities and a range of airside developments.

In 2019, Talar oversaw a range of changes to the terminal with new up to date bathrooms and an expansion of shopping and retail. Iraq’s biggest digital sign was also installed alongside new flight information screens and immigration gates.