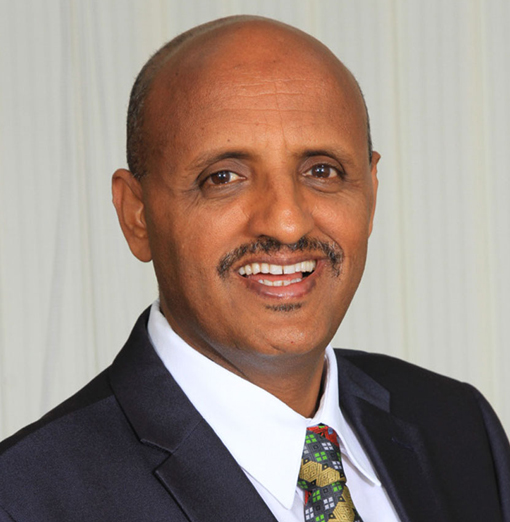 Tewolde GebreMariam began his career at Ethiopian Airlines in 1985.

He served in different capacities in the cargo traffic handling department and progressed up the ladder to Manager Cargo Traffic Handling. He was appointed as Regional Director for India & South East Asia based in Bombay and later on transferred to eddah as Area Manager for Saudi Arabia. When Ethiopian Airlines commenced direct services to the USA, he was appointed as Area Sales Manager for North East USA and Canada based in New York.

In his CEO role, Mr. Tewolde has been a multiple award winner.

In December 2012, he won “The Best African Business Leader” award from the Washington D.C. based Corporate Council on Africa, which promotes trade and investment ties between the USA and Africa.

In July 2013, he became the first African Airline CEO to receive “The Airline Strategy Award for Regional Leadership” in the award’s 12 year history. The Award is given out annually by Airline Business Magazine, a publication of Flight Global , the world’s leading aviation media brand.

In November 2013, he won the 2013 “Planet Africa Professional Excellence Award ”.

Ethiopian Group CEO is awarded Gold Medal by Ethiopian Airlines Board of Directors for his exceptional leadership, dedication and hard work, which have enabled Ethiopian to register outstanding performance as per its fast, profitable and sustainable growth strategy Vision 2025.

The Ethiopian Group CEO is awarded a plaque for his exceptional leadership and the successful accomplishments towards Vision 2025 from Ethiopian Airlines Basic Trade Union.

The Ethiopian Group CEO received the 2015 International Grand Prix Special Award in Milan. The recognition was for his achievements in developing the Airline into the foremost aviation group in Africa and for spearheading the transformation of Ethiopian into becoming one of the fastest growing airlines in the world.