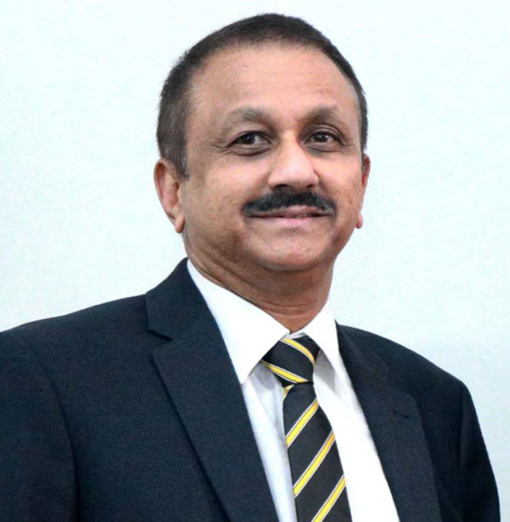 Upul Ganganath Dharmadasa CTC assumed duties as the Chairman of the Civil Aviation Authority of Sri Lanka on 14 January 2020.

Dharmadasa was born in 1952 and followed his School Education in Rahula, Silvester and St. Thomas Colleges in Matara. In 1972, he graduated from Ceylon Hotel School and worked at the Hotel Ceylon Oberoi. Then, he joined Air Ceylon and underwent UTA training and had worked there from 1974 -1979.

In 1979, he sailed “Lanka Kalyani” cadet training ship as Purser and was sailed until 1980.
In 1980, Dharmadasa migrated to Los Angeles, California in the United States and completed a degree in Food and Nutrition. From 1982 to 1987, he had worked in some of the best hospitals in California as a dietitian.
Never one to rest on his laurels, Dharmadasa launched his travel business in America in 1984, Upul Travels

Service. Five years on to the tourism industry, he obtained the highest ranking certificate in the Travel Industry from “Institute of Certificate Travel Agent of Massachusetts and eventually became a most-sought after travel consultant. In 1999, he managed and secured the Sri Lankan Airlines GSA in the USA.

He continued growing his business in the global travel industry by opening up an upper class limousine service in Los Angeles and Nevada. He was later appointed as President of the Sri Lankan Limousine Consortium in Los Angeles in 2009. He also created UEI Inc., a financial institution in Los Angeles, California. He also developed the international travel booking engine known as Utravel.com.

Between 1984 to 2020, Dharmadasa was instrumental in bringing the highest revenue to Sri Lankan Airlines from North America valued at over US$200 million.