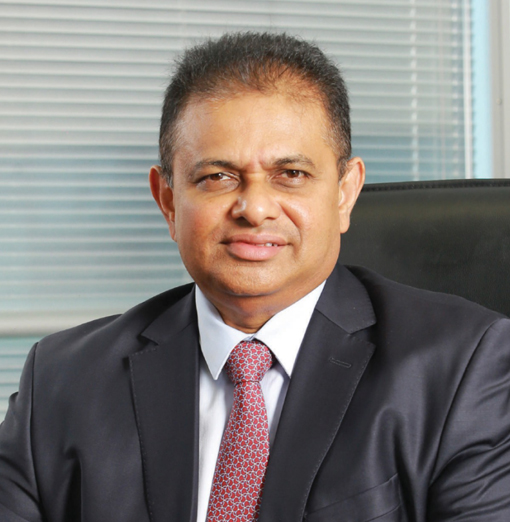 Vipula Gunatilleka has been the Group Chief Operating and Finance Officer of SriLankan Airlines since August 1, 2018. He reports directly to the Chairman and the Board of Directors and is responsible for the overall management of the national carrier of Sri Lanka.

Prior to joining SriLankan, Gunatilleka has been a board member and the CFO of TAAG Angola Airlines. He was initially nominated to the board of directors of TAAG by Emirates Airline when it took over the management of TAAG. He was reappointed to the board by the Government of Angola when the partnership with Emirates ended in July 2017.

The leadership provided by Gunatilleka in restructuring the national carrier of Angola resulted in the airline achieving breakeven status and a strong cash flow position in a short period of time.

Gunatilleka held the position of CFO at SriLankan Airlines when the airline was managed by Emirates and played a pivotal role during the management transition from Emirates to the Government of Sri Lanka.

Launched in 1979, SriLankan Airlines is headquartered at Bandaranaike International Airport in Colombo providing convenient connections to its global network (including codeshare partners) of 111 destinations in 48 countries around the world which also connects to over 1,000 cities in 160 countries through its oneworld partner airlines.

Gunatilleka, who held senior leadership positions across companies in Sri Lanka, Singapore and Australia, also served as Chairman of the CIMA Sri Lanka Regional Board. He was also on the Sri Lanka Auditing & Accounting Standards Monitoring Board apart from holding several other key positions in different bodies.

Gunatilleka is a fellow member of CIMA – UK, CA-Sri Lanka and CPA-Australia, and holds an MBA from the University of Colombo. He is also a GE trained Six Sigma.