Aviation industry sees the future with optimism despite challenges 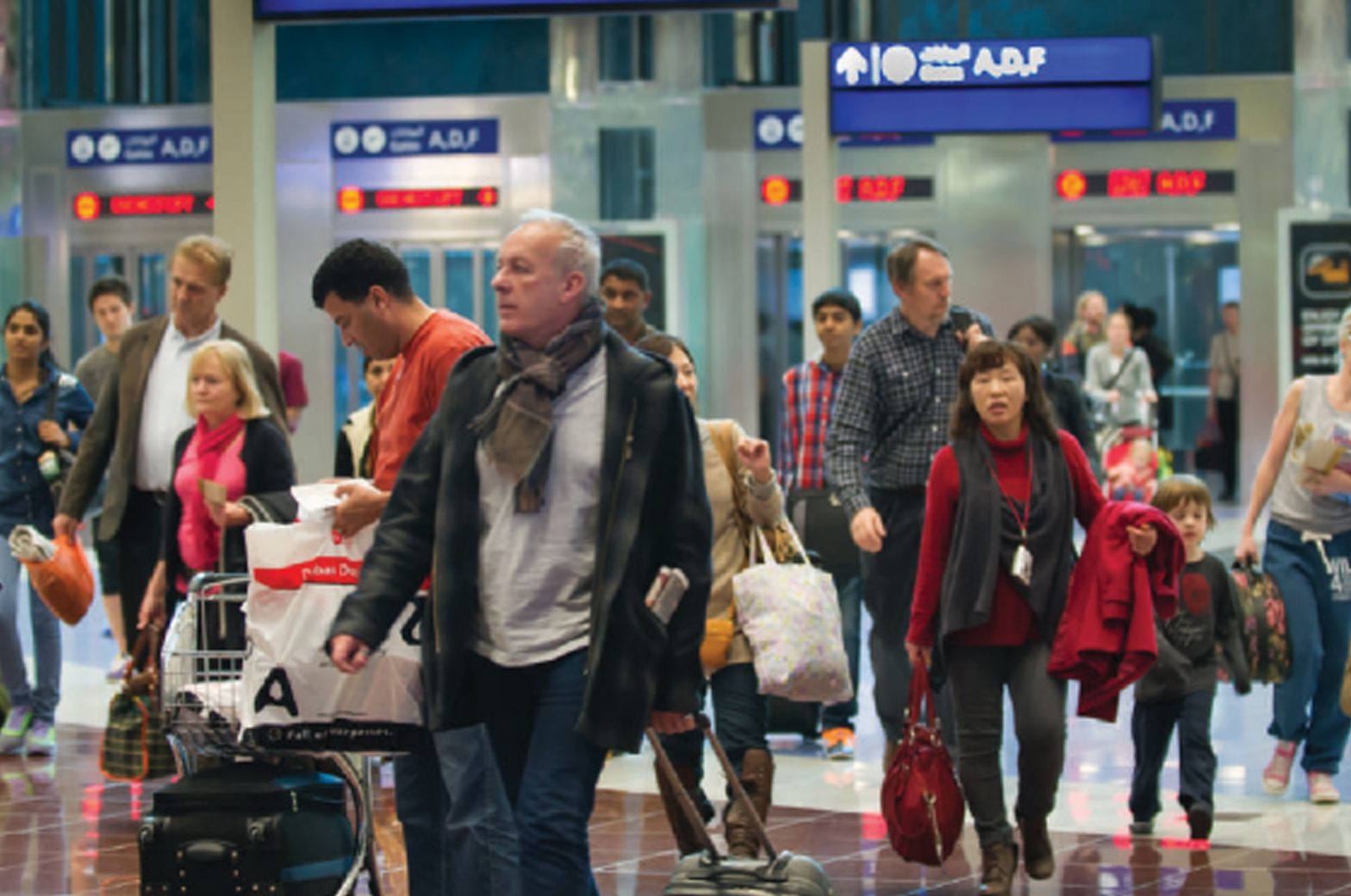 About 12 million passengers passed through different airport across continents to reach hundreds of destinations in 2018, keeping airlines busy with 120,000 flights dispatched 24 hours a day during the period, statistics from international bodies showed.

In this day and age, traveling by air is no longer a luxury but a necessary tool in doing business, working, and ultimately expanding one’s horizons to the farthest reachable shores for economic or personal gains.

On a daily basis, about $18.8 billion worth of goods are flown by air, making aviation a vital component of the global economy. Aviation consumes approximately 341 billion liters of jet fuel on an annual basis generating sales of $149 billion for the global oil industry.

Worldwide, the air transport industry supports some 65 million jobs, 10.2 million of these are direct employmentin airlines, airports, the civil aerospace sector in general and the supply chain, according to the Air Transport Action Group (ATAG).

“Aviation provides the only rapid worldwide transportation network, which makes it essential for global business and tourism. It plays a vital role in facilitating economic growth, particularly in developing countries. Airlines transport over 4

The industry carried 62 million tons of freight in 2017 worth $6 trillion and 57 percent of international tourists, ATAG pointed out.

After experiencing record growth in 2017 with 4 billion passengers generating about $743 billion gross revenues for airlines, the aviation industry faced a number of unprecedented challenges in 2019.

In March 2019, 59 airlines across the world grounded their fleet of Boeing 737 Max after two planes of the same model crashed in Indonesia and Ethiopia in succession within five months, killing 346 people.

The move, triggered by safety concerns over B737 Max’s faulty software on new automated flight control system called MCAS, heavily impacted the airline industry with thousands of flights canceled and delayed deliveries causing billions of dollars in losses. During the period ending in June, Boeing recorded its largest-ever quarterly losses at $2.9 billion.

In September 2019, the 178-year-old British  holiday firm Thomas Cook collapsed causing some 600,000 passengers stranded all over Europe. The UK government brought home more than 150,000 British holidaymakers, the biggest ever peacetime repatriation mission. Three other airlines in Europe went bust during the period.

But the aviation industry proved to be resilient, pulling itself back once more, after those devastating incidents.

The global passenger traffic had since picked up albeit slowly amid a global economy that remains weak due to the lingering trade war between the US and China, geopolitical conflicts in the Middle East and Africa, social and political unrest in Venezuela and other parts of Latin America, slowing economies and the volatile oil prices.

The International Aviation Transport Authority (IATA), which represents 290 member airlines, said the demand for air transport is expected to increase by 4.3% per annum on average over the next 20 years.

If this projected growth is achieved, IATA said by 2036 the air transport industry will contribute: 15.5 million direct jobs and $1.5 trillion of GDP to the world economy; 46.4 million jobs, including indirect and induced contributions, and $3.8 trillion in GDP, and; once the impact of global tourism is taken into account, it will contribute 97.8 million jobs and $5.7 trillion GDP.

Alexandre de Juniac, Director General and CEO of IATA, said the slowing demand and rising costs are putting pressure on aviation’s financial performance and underscored the important role of the industry in the global economy.

“Slowing demand and rising costs are putting pressure on the industry’s financial performance. We expect airlines to post earnings of $28 billion this year—down from $30 billion in 2018. That translates to a net profit margin of 3.2%,” said De Juniac.

“Aviation is a major contributor to the global economy—supporting $2.7 trillion in economic activity and 65.5 million jobs globally. And the importance of aviation to development is reflected in aviation’s direct links to 15 of the UN’s 17 Sustainable Development Goals.”

New trends in population growth leads to more urbanization and the emergence of new megacities. Combined with new modes of consumption, all this leads to more growth in the aviation sector.

This is very much apparent in the Asia-Pacific, China in particular, where growth in the middle class continues to positively impact the airline industry.

About 612 million Chinese traveled in 2018 and the figure is projected to grow even more. The country which has 229 civil airports in operation as of 2017 is constructing more airports to accommodate its growing appetite for domestic and overseas travels.

IATA said more travelers are expected from non  traditional markets where middle classes are growing but uncertainly remains how well the industry will meet the needs of passengers as the consumer base diversifies.

Their growth will primarily be dictated by the so called “drivers of change” which include society, technology, security and borders, environment, economy and politics.

“The world is increasingly multicultural but the rapid growth of middle classes around the world has put pressure on overcrowded infrastructure. New technologies and data have helped improve the running of major cities, and while severe gridlock is unusual it’s still a challenge to keep transportation moving,” IATA said in its report “The Future of the Airline Industry 2035.”

Although the industry has sustained growth, experts believe it’s proceeding cautiously trying to stabilize after recovering from its recent years of financial struggles. 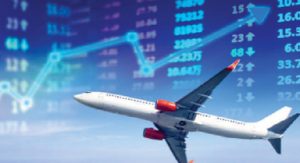 Boeing, the world’s largest manufacturer of commercial jetliners and defense, space and security systems, and Airbus, a global leader in aeronautics, space and military hardware, are both convinced growth will be sustained in the civil aviation industry for many years to come.

“Worldwide air travel has grown at a historically brisk pace. Year-over year passenger travel growth for the past five years has averaged 6.2 percent. Low air fares, higher living standards with a growing middle class in large emerging markets, and the growth of tourism and travel relative to total consumer spending in major economies are all driving strength in the demand for air travel,” said Boeing said in one of its many reports on aviation.

Boeing, which accounts for more than 10,000 commercial jetliners in service, flying passengers and freights across the world, forecasts more than 41,000 new deliveries of planes valued at over US$6 trillion would be needed for growth and replacement over the next 20 years.

It estimates passenger traffic among emerging markets to grow at 6.2 percent annually and would be more than double since the 9/11 era.

Oil and jet fuel prices would remain an important component in any airline’s operating costs and are forecast to recover over time though they may not reach the peak levels of the past, Airbus added.

Airbus said air traffic has more than doubled since 2000 and aviation has increasingly playing a key role in connecting large population centers, particularly in emerging markets where the propensity to travel is among the world’s highest as cost or geography make alternatives impossible.

Sitting on vast oil reserves that make oil and jet fuel cheaper and located at crossroads between Asia, Africa and Europe, the Middle East with its one-stop connections has massive potential for aviation to flourish. 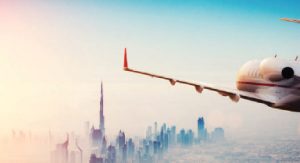 “Growth prospects for these connecting markets are strong. For example, South Asia has 1.8 billion people, and propensity to travel—driven by expected improvements in regional GDP per capita is set to grow by a factor of five over the next 20 years,” Boeing said in its analysis.

Middle East, notably Southeast Asia and Africa. Increasing demand for travel to and from these regions is a key factor supporting Boeing’s forecast for the region—3,350 airplane deliveries over 20 years,” it added

Passenger traffic growth in the region made up of the United Arab Emirates, Saudi Arabia, Oman, Qatar, Jordan, Bahrain, Iran, Iraq, Kuwait, Lebanon, Syria and Yemen—collectively home to more than 7 million people, is forecast to grow at 5.6 percent annually.

Dubai, hub to one of the biggest airlines in the world, Emirates, is leading the aviation growth in the region in terms of number of airlines and aircraft serving the route, flight frequency, technological and infrastructure advancements and passenger volume.

According to Oxford Economics report, “Quantifying the Economic Impact of Aviation in Dubai,” by 2020, Dubai International (DXB) is estimated to receive 126.5 million passengers, almost 30% higher than its original 2010 assessments.

Looking further ahead, the total economic impact of aviation by 2030 to Dubai is projected to grow to $88.1 billion and will support 1.20 million jobs.

Kuwait, which already invested $30 billion on aviation projects between 2017-2022, is hosting the four-day Kuwait Aviation Show 2020 in January 2020 under the patronage of HH Sheikh Sabah Al- Ahmed Al-Jaber Al-Sabah, The Amir of Kuwait.

Bahrain is also on the move to get bigger market share in the Middle East aviation industry. It is developing a new passenger terminal at the Bahrain International Airport as part of its new 20-year airport masterplan scheduled to be completed in 2020.

The world’s second largest and most populous continent with more than 1.2 billion people, spread over 54 countries, Africa has vast unexplored resources and is home to some of the richest and the poorest in the world.

Boeing sees aviation in Africa to grow 5.9 percent annually over the next 20 years as its population becomes more urbanized and globalized. Europe will continue to be its single largest market.

With more wealth created in India over the past few years mainly through entrepreneurial pursuits of many Indians and its growing prominence in IT and pharmaceutical industries, the country moves forward in many fronts.

The Indian aviation market is projected to overtake the UK by 2025 with 278 million passengers. A decade from then, its travel market is forecast to further grow to 442 million supporting 19.1 million jobs and contributing $172 billion in the country’s GDP, IATA said.

The Center for Aviation (CAPA) said India’s aviation sector has undergone rapid transformation since the liberalization drive that began in 2003. With its young population and a rising middle class population, the country’s aviation market will likely continue to grow.

Bangladesh, Sri Lanka and Pakistan, however, continue to struggle strengthening their aviation markets.

The business jet industry is expected to see strong growth in the short to medium term, supported by several new airplane models coming to the market with up to 7,600 new business jet deliveries valued at $248 billion from 2020 to 2029.

According to Honeywell’s (NYSE: HON) 28th annual Global Business Aviation Outlook, that figure is down 1 to 2 percentage points from the 2018 10-year forecast but it’s confident that solid growth is in the horizon in the business jet industry.

Production ramp up on many new business jet platforms are expected to lead to a 7% increase in deliveries in 2020, following a strong projected growth in 2019 over 2018 aircraft deliveries,” said Heath Patrick, president, Americas Aftermarket, Honeywell Aerospace. “We are confident that these new and innovative aircraft models will support solid growth in the short term and have a continuing impact on new business jet purchases in the midterm and long term.” 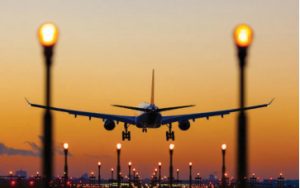 Key findings in the 2019 Honeywell global outlook include:
Operators plan to make new jet purchases equivalent to about 17% of their fleets over the next five years as replacements or additions to their current fleet, a decrease of 3 percentage points compared with 2018 survey results.

Of the total purchase plans for new business jets over the next 5 years, 35% are expected to occur in the first two years of the survey, with 57% of purchase plans realized by year three. This is 5 percentage points higher than last year’s survey.

Operators continue to focus on larger-cabin aircraft classes, from large cabin through ultra long- range aircraft, which are expected to account for more than 71% of all expenditures of new business jets in the next five years.

The longer-range forecast through 2029 projects a 2% to 3% average annual growth rate in line with expected worldwide economic growth and supported by the current and expected introduction of new models throughout the forecast period.

Purchase plans for used jets are significantly higher in this year’s survey. Operators worldwide indicated that 32% of their fleet is expected to be replaced or expanded by used jets over the next five years, up 8 percentage points compared with survey results from 2018.

The main factors that influence purchasing decisions are aircraft performance, followed by brand experience, cabin and  Survey participants also cited direct operating costs and customer support experience as elements that will influence their decision on which aircraft to buy.