Business aviation is waiting to takeoff in India 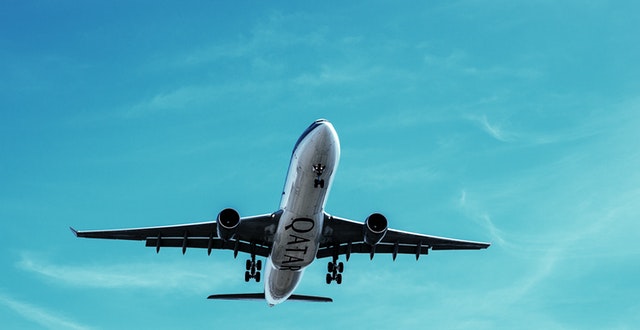 As per the Directorate General of Civil Aviation (DGCA), there are 109 non-scheduled operators (we are not taking into consideration private owners of jets) which have a feet of 353 aircraft (including hot  airballoons,helicopters,turboprops and business jets).

General Aviation and Business Aviation (GA/BA) have long been utilized in the West and the Middle East as integral part
of national transportation systems.

Despite its huge population and rising economy, India has yet to fully embrace GA/BA’s potentials with the industry often categorized as only for the elite. But off late, we hear voices in the corridors of power how this can be used to expand regional connectivity.

Presently, those who are in this segment in India are battling a perception problem while infrastructural and operational challenges do exist. One good aspect that has emerged in the recent past is that the
present government has initiated the Regional Connectivity Scheme (RCS), popularly known as ‘UDAN’ (Ude Desh ka Aam Nagrik), which means the ‘common man will fly’.

Under the RCS scheme which is still in its early stage, aircraft from GA/BA can also be utilised which is a good thing for the sector as business jets/turboprops and helicopters will have more flying hours. Companies are testing the waters now in  hopes of expanding business opportunities in the country.

Smaller airports coming up fast
Hopes are high that Indian authorities will deal with infrastructural issues which have hampered the growth of the GA/BA segment in the country. With the Airports Authority of India opening up manyairports, majority of them small, there is great opportunity for GA/BA to not only serve the smaller towns but also act as
feeders for big airlines.

As per the Directorate General of Civil Aviation (DGCA), there are 109 nonscheduled operators (we are not taking into consideration private owners of jets) which have a fleet of 353 aircraft (including hot air balloons, helicopters,turboprops and business jets).

Considering India’s geography and the size of the middle class, there is certainly scope for more aircraft, but that will happen only when some bottlenecks in the system get cleared.

Some of the challenges facing the sector are high taxation and other charges;excessive regulatory  controls;operational issues; and perception.

Furthermore, indiscriminate and unregulated charges being levied in terms of airport usage, ground handling, hangar charges and parking have made operations expensive across the country.

BAOA seeks reform
BAOA has sought from the government rationalization of Customs Duty on aviation by making the import duty on aircraft to zero per cent from the present 8.5 per cent post GST (goods and services tax). It said that the government had to encourage consolidation of nonscheduled operators (NSOPs) through’fractional ownership’ and aircraft management concepts.

The DGCA, Customs, Department of Revenue Intelligence, etc., should be made aware of these worldwide
concepts, needed for lowering the cost of ownership. This, it said, would facilitate seamless import of aircraft under separate ownership model.

As regards operational issues, BAOA has recommended that the Ministry of Civil Aviation, being the nodal body, should facilitate interactions with the Ministry of Defence and Ministry of Home Affairs to find a way in facilitating seamless operations of airports under their control. It has sought extension of watch hours at Ozar, Daman and Surat airports which in turn will help the industrial belt around and also decongest to a little extent the
Mumbai airport.

Despite the challenges, the GA/BA sector has had a steady growth over the past two decades,
propelled by a spurt in domestic and international tourism,growth in air transportation and an
expanding oil and gas sector, especially Oil and Natural Gas Commission which has offshore rigs,
and other industries which have their manufacturing units in remote locations.

Travelling to remote locations in a private jet or a chartered one is perceived as a business tool and a way to contribute to economic growth as businesses are in farflung areas.

India has over 400 plus airstrips and with the government’s initiative in developing smaller airports, the operational ones are 130 plus in number. With opening up of more airports, it is hoped that the GA & BA
segment will be able to avoid congested airports of Mumbai, Delhi, Bengaluru,Hyderabad, etc. Authorities are slowly realising the potential of small aircraft, having given till now utmost importance to scheduled airlines.

As regards aviation turbine fuel, India continues to import ATF which is further taxed both by the Centre and the States. The average sales tax rate hovers between 20 and 25 per cent with only few states such as Andhra Pradesh,Chhatisgarh, Jharkhand, Madhya Pradesh and Odisha lowering the rate to single digit.

The Centre is putting pressure on the State government to end taxation on ATF but  the latter will not do unless the former compensates the loss. The reluctance on either side to part with revenue is why ATF is not fully included in the ‘Declared Goods’list.

If it is on the list, then the VAT (value added tax) levy on it will be at the uniform rate of 4 per cent across the country. Since this is not happening, fuel continues to account for nearly 40 to 60 per cent of cost of
aviation companies, whereas globally the fuel cost is said to be less than 20 per cent.

RCS to boost growth
Not withstanding all these concerns, the silver lining is that the government introduced the National Civil Aviation
policy in 2016 which has taken into  account many of the concerns of the civil aviation sector, including scheduled and non-scheduled operators. With emphasis being given to connecting underserved and unserved areas with air travel (the RCS has a fare cap on such routes), it is expected that the business aviation segment will slowly but surely benefit.

There is certainly an upward trend in the GA/BA market after a short lull of three years. In fact, it was more than a lull. It was disturbing as some of the companies/ individuals who owned business jets were in desperate modes to sell their aircraft. The tables have turned and international aircraft brokers now find it
difficult to source aircraft on sale here.

Indeed, the market conditions for business jets in India have slowly stabilised. At the Wings India 2018 event
in Hyderabad, the Embraer Vice President (Sales), Asia Pacific and Middle East, Claudio Camelier, said: “In India, the market has stabilised over the past five years and the fleet has been stable with 140 to 145 airplanes.”

The Brazilian aircraft manufacturer has a market share of 40 per cent and it has over 17 jets in the country. While the French manufacturer Dassault Aviation who has its Falcons flying in India is toying with the idea of setting up a joint manufacturing facility here for business jets, but for that the present dark clouds
looming large over the acquisition of Rafale fighter jets have to blow over.

The winds of change can be felt and with elections round the corner, there is going to be significant use of GA/BA aircraft and it is hoped that the political bosses will do more to the sector which has helped them
crisscross the nation in quick time.