CHINA is becoming all powerful, economically and militarily 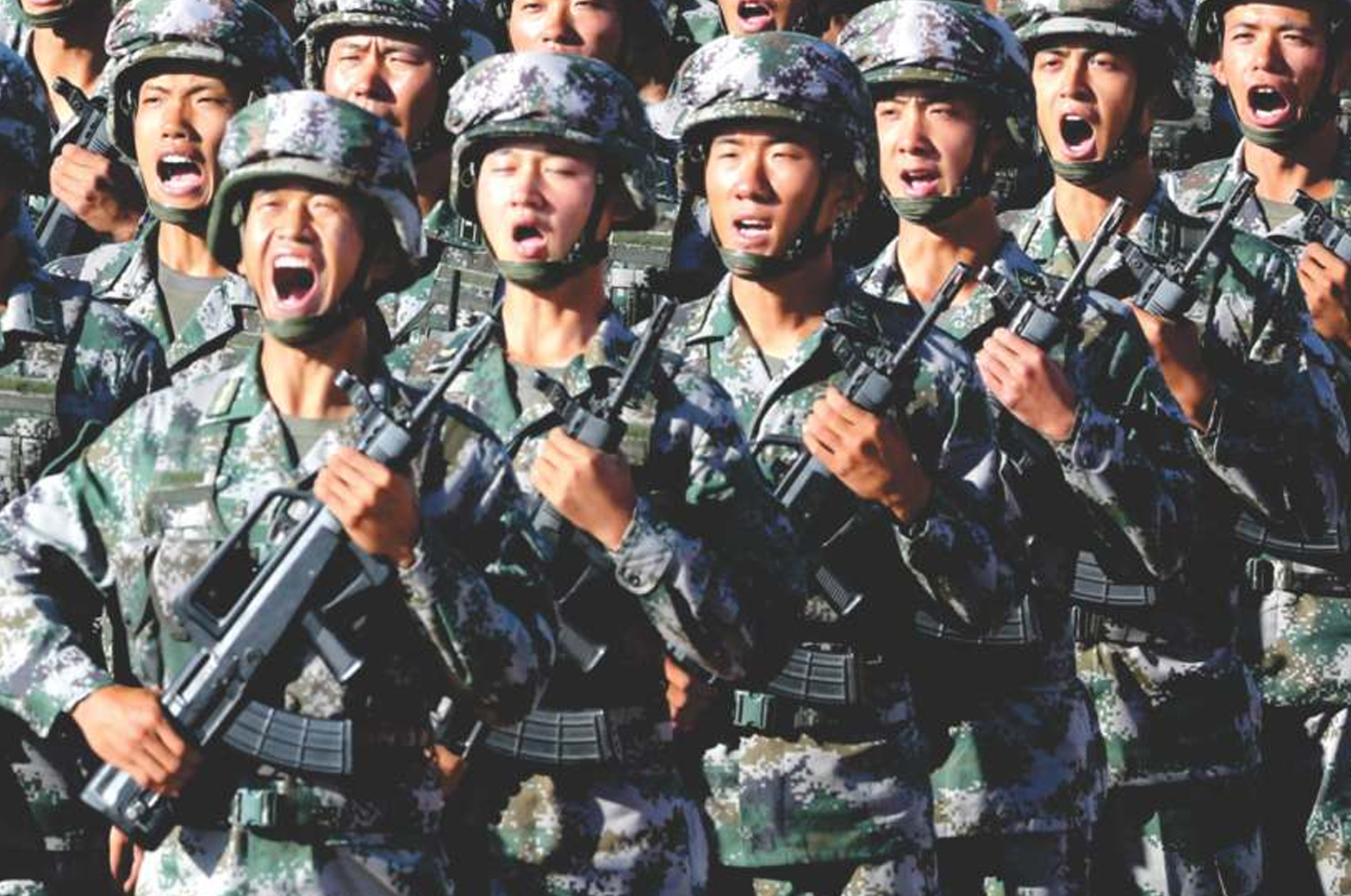 Pandemic or no pandemic, weaponisation will continue at frenetic pace

Asian countries are arming themselves to the teeth

Will COVID-19 change military Wequations in the world? As it has taken a deadly toll in almost all countries and to a considerable extent in the most powerful country – USA – some theorists have started believing that it will, if biological or chemical weapons come into play. According to documents obtained by the US State Department and reported in the western media Chinese military scientists allegedly investigated weaponising corona viruses five years before the Covid-19 pandemic and may have predicted a World War III fought with biological weapons. The western media reported that Chinese scientists described coronaviruses of which Covid is one example – as presenting a ‘new era of genetic weapons’.

However, reports indicate that pandemic or no pandemic, arms and ammunition will continue to be the sole parameter to judge a country’s military strength. SARS, Ebola and now COVID-19 is not going to affect weaponisation programme in the world.

One thing for sure, military power is shifting east. That USA and China may contend for the top spot in the years to come is given, but if one maps the militaries across the world, Asia seems to be outpacing all the other continents and China may get to the top spot some day.

Of the top 10 military powers in the world – USA; Russia; China; India; Japan; South Korea; France; United Kingdom; Egypt; and Brazil, ranked as per Global Firepower – öve are in Asia; two in Europe; one each in North America, South America and Africa. The power balance it appears is heavily tilted in favour of Asia, considering the military might it together carries (and we have not included countries such as Saudi Arabia; Israel; Iran;
North Korea; Pakistan; Taiwan etc which have ample firepower). The nuclear power states are USA; Russia; China; France; UK; India; Pakistan and North Korea and reportedly Israel. There again, one can see the tilt towards Asia.

China one of the strongest armed forces in the world

China leads Asia as one the strongest armed forces and is likely to give USA a run for its money in few decades. China already has the world’s largest navy (over 350 ships and submarines) and is fast expanding its advanced missile arsenal. What makes China a formidable force? It is not just military, but its (economic) ‘expansionist’ moves, using trade and money power. In September 2020, the Pentagon (US Department of Defense) released a report on Chinese military wherein it said it would become stronger, growing alongside a burgeoning military-industrial complex.

The Pentagon states that China has ‘marshalled the resources, technology, and political will over the past two decades to strengthen and modernize the PLA (People’s Liberation Army) in nearly every respect. China is already ahead of the United States in certain areas.” The Chinese President, Xi Jinping, in 2017 had announced two major goals for the PLA: to complete modernization by 2035 and become a ‘world class’ military by mid-century.
This is a very clear strategic thinking as regards to its international expansionist moves.

China already has a military base in Djibouti and is looking at military logistics facilities in Myanmar, Thailand, Singapore, Indonesia, Pakistan, Sri Lanka, the United Arab Emirates, Kenya, the Seychelles, Tanzania, Angola and Tajikistan.

The next most powerful countries in Asia are India and Japan, ranked fourth and fifth respectively. Both these countries rank highly in their economic capability, the former has a huge market and is aggressively working on creating an ecosystem for defence-industrial base under its ‘Make in India’ programme.

With approximately 1.4 million personnel, the Indian Army has become the world’s largest ground force, ahead of China. As per China’s state-run Xinhua news agency, China had reduced its size of army personnel by about 50 per cent and was focussed on boosting its navy and air force as a strategic shift of becoming a lethal and comprehensive modern force. India is also considering reducing its active force. India has also embarked upon modernisations plans for the armed forces, but is strapped for funds, though it holds the number one spot as the world’s arms importer, according to the Stockholm International Peace Research Institute (SIPRI). Between 2015 and 2019, India accounted for 22.5 per cent of share in worldwide acquisition of drones.

India has to secure its massive land border (about 15,000 km) and the coastline (7,500 km) and is ramping up its armed forces, despite fund crunch. The Central Intelligence Agency (CIA) of the US has noted “We believe India considers its security concerns in the Indian Ocean over the long term are as important as those with Pakistan and China.

Indian officials are concerned that instability in some regional states could invite outside intervention. India has tried to counter the build-up of the US and Soviet forces in the region with diplomatic efforts, including support for the UN Indian Ocean Zone of Peace proposal, but these efforts have been largely ineffective. As a result, India is pursuing naval and other military modernization and expansion programs that we believe are designed to improve its ability to secure its regional position.” 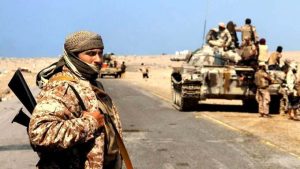 As for Japan which ranks fourth, it has three aircraft carriers (China has one) and 287 combat aircraft and is controlling a tract of ocean reaching thousands of nautical miles from its southern coast, keeping a tab on ship movement from China. “China is the biggest single factor accounting for military modernisation and build-ups in the region,”says Denny Roy, senior fellow at the East-West Center, a U.S. think tank.

Sheila A.Smith in her book ‘Japan Rearmed: The Politics of Military Power’ writes “Deterring war rather than waging it has become the purpose of Japan’s military power.” Japan’s pacifist postwar constitution renounced “the use of force as a means of settling international disputes”and Japan’s military – the Self-Defense Force (SDF) – “continues to be dedicated to an exclusively defensive mission.” Allying with the United States “has provided strategic protection for Japan, deterring its nuclear neighbours with America’s nuclear umbrella.”

South Korea’s defense budget is among the highest globally In South and South East Asia, there are other countries such as Pakistan, Taiwan, Vietnam, and Indonesia which have equipped themselves militarily. However, political equations of each country differ, one can see that China backs Pakistan while it finds Taiwan as an adversary.

Accordingly, the military build up is taking place in the region.

Coming to the Middle East which is a hotbed for conflict, there are various powers at play and the United States is pretty actively involved in the affairs of many. Middle Eastern Islamic countries do not get along with Israel; and Sunni countries have major issues with Shia Iran; Kingdom of Saudi Arabia cannot stand Qatar and there is the huge oil wealth which interests external powers, primarily the US.

Luke Coffey and Nicole Robinson in an article in Heritage Foundation have stated that strategically situated at the intersection of Europe, Asia and Africa, the Middle East has long been an important focus of United States foreign policy. “U.S. security relationships in the region are built on pragmatism, shared security concerns, and economic interests, including large sales of U.S. arms to countries in the region to help them defend themselves.

The U.S. also has a long-term interest in the Middle East that derives from the region’s economic importance as the world’s primary source of oil and gas.”The Middle East has over half of the world’s oil reserves and the top exporter of oil. 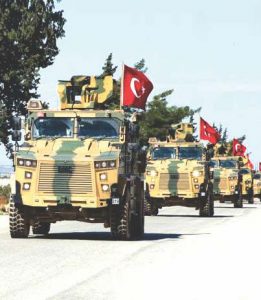 The United Arab Emirates (UAE); the Kingdom of Saudi Arabia (KSA); Iran; Iraq; Israel and Turkey are among the countries which wield military power in the region and beyond. SIPRI has cited that arms imports by countries in the Middle East increased by 61 per cent between 2000-2014 and 2015-2019 and accounted for 35 per cent of the total global arms imports over the past öve years. Saudi Arabia was the world’s largest arms importer in 2015-19, imports having increased by 130 per cent compared with the previous five year period. It’s defence budget in 2017 was a whopping $69.413 billion.

Iraq reportedly comes second in terms of arms spend ($19.3 billion, a cool $50 billion less than KSA), considering that it has been in constant battles. Iraq has an active personnel of 64,000. The US attacked Iraq in 2003 on the pretext that it had weapons of mass destruction and got rid of Saddam Hussein, thus making ample room for its presence there. 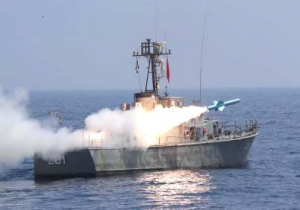 Israel has 176,500 personnel on active service, made up of 133,000 in the army, which includes 107,000 conscripts. Always in a state of readiness, the nation of Israel fields one of the most capable military forces in the world – despite its size. It is ranked 18 of 138 countries.

Today, Israel is a high-tech superpower and one of the world’s top weapons exporters with approximately $6.5 billion in annual arms sales. Despite Israel being a small country, about 4.5 percent of its GDP is spent on research and development. An article in New York Post states that of that amount, about 30 percent goes to products
of a military nature. By comparison, only 2 percent of German R&D and 17 percent of US R&D is for the military. And Israel was the first country in the world to operate drones in combat operations and is exporting to drones to several countries, including India.

Turkey is a country to watch. Under a strong leadership it has been making its presence felt in several areas. It has a vibrant defence industry, manufacturing unmanned aerial vehicles, cruise missiles and even attack helicopters. It has an active personnel of 355,800 and a budget of $10.2 billion (2017).

The Middle East has smaller powers but with substantial inøuence from the western powers, whereas in the rest of Asia, China and India are two major powers that are going to get bigger with wider regional ramifications. The developed west understands this scenario well and has drawn up its own strategic moves to have some kind of power balance. Hence, Asia is a critical element for western powers who have ruled the world due to their developed
economies. But Asia is soon going to surpass that.