Global aviation industry rebuilding itself from a devastating 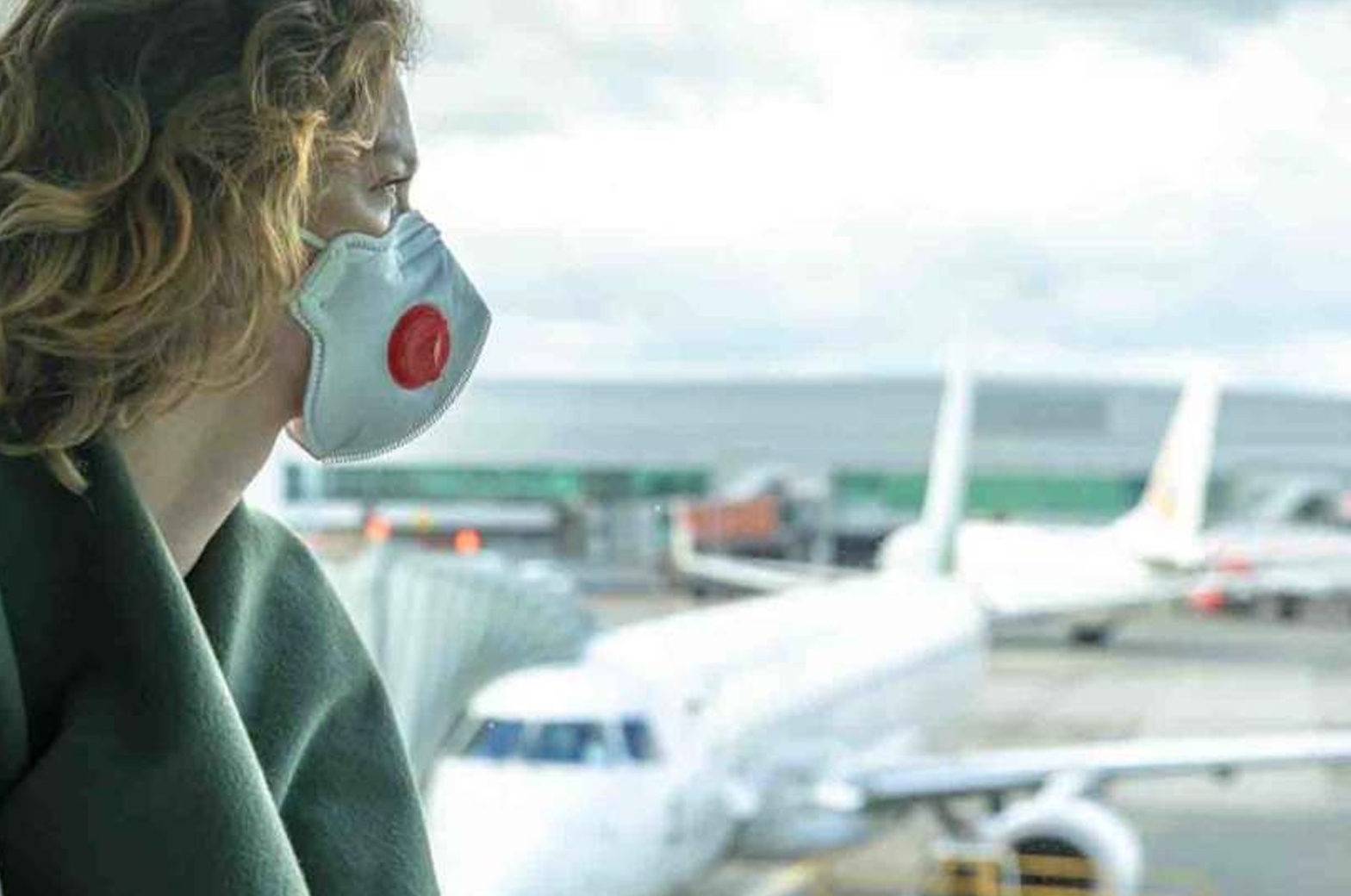 Boeing forecasts $9 trillion aerospace market opportunities in commercial, defense and services over the next decade. The global commercial fleet will surpass 49,000 airplanes by 2040, with China, Europe, North America and the Asia-Pacific countries each accounting for about 20% of new airplane deliveries, and the remaining 20% going to other emerging markets, the leading plane manufacturer forecasts.

From the 4.5 billion Fpassengers who traveled in 2019 to just a few millions in 2020, the global aviation industry was probably the hardest hit industry by the Coronavirus pandemic.

Held in high-esteem for its many perks, including high salaries and free travel across the world, the industry found itself reeling from the impact of the pandemic, forcing it to layoff tens of thousands of staff all at once amid a global travel ban in 2020 prevent the spread of the virus.

A significant portion of the 11.3 million jobs in the aviation industry prior to the pandemic were wiped out. And so was the $3.5 trillion GDP associated with travel and tourism.

Airlines continue to incur losses in the billions with commercial planes grounded for the most part of 2020 and 2021 even with the emergence of the COVID-19 vaccines amid health and economic concerns. The International Air Transport Association (IATA), which counts more than 290 airlines as its members, estimate the airline industry’s losses between 2020-2022 to reach over $200 billion.

“The magnitude of the COVID-19 crisis for airlines is enormous. Over the 2020-2022 period total losses could top $200 billion. To survive airlines have dramatically cut costs and adapted their business to whatever opportunities were available.

That will see the $137.7 billion loss of 2020 reduce to $52 billion this year. And that will further reduce to $12 billion in 2022. We are well past the deepest point of the crisis. While serious issues remain, the path to recovery is coming into view. Aviation is demonstrating its resilience yet again,” said Willie Walsh, IATA’s Director General.

“People have not lost their desire to travel as we see in solid domestic market resilience. But they are being held back from international travel by restrictions, uncertainty and complexity.

More governments are seeing vaccinations as a way out of this crisis. We fully agree that vaccinated people should not have their freedom of movement limited in any way. In fact, the freedom to travel is a good incentive for more people to be vaccinated.

Governments must work together and do everything in their power to ensure that vaccines are available to anybody who wants them,”he added.

Deliveries of aircraft dropped substantially due to the pandemic, worsened by the grounding of the 737 MAX allowing Airbus to once again surpass Boeing in deliveries. CFM International achieved a new milestone of having surpassed a combinedengine milestone of 10 million øight hours and 5 million cycles with 1400 Leap powered 737 MAX and A320 Neo – Family jets having being delivered.

The Leap 1B program suffered considerably due to the grounding of the 737 MAX due to electrical issues caused the deliveries to be delayed. However, at least 31 737 MAX are expected to be delivered in the örst quarter of 2022.

188 Leap engines were delivered by CFM International in the first quarter of 2021, down by 31% from the 272 deliveries in the first quarter of 2020. CFM is expected to supply Southwest airlines for an order of 100 Boeing 737 MAX 7s. 850 of the 737 MAX aircraft have the Leap 1B engines, of which Boeing has delivered 470 to airlines who now have 160 of those aircraft in service and a 130 in storage.

According to the Commercial engines 2021 report “Airbus, on the other hand has delivered over 940 Leap-1A powered A320 Neo family jets since delivering the örst aircraft to Turkish carrier Pegasus in July 2016. CFM scored a recent big win from Indian low cost carrier IndiGo, which chose Leap-1As to power 310 A320 Neo family jets. CFM has also produced a third Leap variant, the Leap-1C, for Chinese airframer Comac’s in-development C919.”

The report also comments on GE’s silence of late stating “GE Aviation has been relatively quiet of late, with its largest-ever turbofan – the GE9X – being an additional year from service entry due to Boeing’s recent delay of its first 777-9 delivery.

Rolls Royse took a hit of $5 Billion in 2020 as a result of the pandemic while the flight hours of its engines fell to 43% of the time in 2019. In response to these set of challenges the company has focused its energy on restructuring to streamline operations for future demand. 9000 employees were laid off mainly from its civil aerospace entity along with other strategic decisions to prevent further hemorrhaging. With positive news coming in the form of successful vaccination program rollouts hope for the recovery of long haul flights has provided a positive outlook. Furthermore its Trent XWB is now the exclusive engine for the Airbus A350-900 until 2030 which will provide the necessary grounding on the road to recovery from the crisis.

The Commercial engines 2021 report stated “The Trent XWB-84- powered A350-900 has been in revenue service since Qatar Airways debuted the type in January 2015, while the higher-thrust XWB-97, which powers, the A350-1000 entered commercial service with the same airline three years later Last summer, it eliminated the backlog of 787 Dreamliners grounded while they awaited maintenance in relation to Trent 1000 blade-durability issues earlier than expected. It was assisted by low utilization during the pandemic, as well as progress on retrofits.

This meant that by March, the engine manufacturer lowered its expected overall in-service cash costs relating to Trent 1000 technical issues. As of May, there were 538 Trent 1000 engines in service on the Dreamliner, with orders for a further 158. R-R also has an exclusive position on another Airbus widebody, where the Trent 7000 equips the A330neo, which entered service with TAP Air Portugal in November 2018. There are now 90 Trent 7000s in service, with a further 535 engines on order. However, this year sees the end of A380 production, on which the Trent 900 was one of two power plant options. The other rival engine for the double-decker was the Engine Alliance GP7200, developed by the GE Aviation/Pratt & Whitney joint venture that is now focused on supporting the in-service fleet.

The last production superjumbo will be handed over during 2021 to the A380’s biggest customer Emirates. The Dubai-based carrier ordered both Trent 900 and GP7200 engines to power its A380s.

Delivery of the final unit, powered by Trent engines, comes almost 14 years after the örst Trent-powered A380 entered service in 2007 with Singapore Airlines.” Private Jet industry on the rise The private jet market has had an exponential growth over the course of the pandemic. Its growth continued this year with July posting the highest traffic at 300,000 flights. Experts attribute the trend to availability of resources to the new rich and amid growing health concerns. This has had a tremendous consequence on the private jet market as it struggles to cope with the increased demand due to a supply chain that has been stretched thin. The industry was built on an assumption of slow growth and therefore adapting the tools to the increased number of passengers is concerning to the industry.

Currently, there exists a shortage of new and used planes, delays in acquiring aircraft parts, shortages in the availability of flight crew and pilots and catering staff which add to the existing problems of increased demand. Private Jet Card Comparisons conducted a survey of private jet øiers and found that 20% of customers had experienced service issues in recent months. According to industry executives, the lack of aircraft is the crux of the problem as owners of private jets who usually hired the jets out for chartering are using the planes themselves more often hence decreasing the overall pool of aircraft availability. Private jet makers like Bombardier, Trexton and Gulfstream have all raised production to meet demands. The gravity of the problem becomes more apparent when an announcement by a private jet company like Sentient Jet stated that they stopped sales of jet cards as of September 30 wanting to focus on existing customers.

Similarly, NetJets has stopped the sales of jet cards, fractional shares and leasing of light cabin aircraft sighting that the demand is the highest they have experienced in their 57 year history with averages reaching 500 flights a day. They stated “The vast number of flights is taxing the air travel infrastructure in ways we haven’t seen in years,” the company said. Pausing light jet sales, along with other restrictions on card buyers, “allows the company to continue prioritizing what is most important — delivering the best possible experience to all
owners.” Despite the challenges faced by the industry it does not seem like passengers who converted to øying private would revert back to commercial yet. This will provide the industry with an adequate amount of time to adapt and persevere through these testing times.

Furthermore, it will force them to be more agile, reevaluating their existing business models to cater to the evolved dynamics of the market.

Boeing [NYSE: BA] forecasts the airlines in the Middle East to require 3,000 new airplanes valued at $700 billion and aftermarket services such as maintenance and repair worth $740 billion, with the region positioned to capitalize on the recovery of regional and international travel and cargo demand.

Boeing provided the estimate in its 2021 Commercial Market Outlook (CMO), a forecast of 20-year demand for commercial airplanes and services. Middle East passenger traffic and the region’s commercial fleet are projected to more than double over the 20-year forecast period, according to the CMO. More than two- thirds of airplane deliveries to the Middle East will accommodate growth, while one-third of deliveries will replace older airplanes with more fuel-efficient models such as the 737 MAX, 787 Dreamliner and 777X.

“The Middle East region’s role as a global connecting hub continues to be important for developing markets to and from Southeast Asia, China and Africa,”said Randy Heisey, Boeing managing director of Commercial Marketing forthe Middle East. “The region has been a leader in restoring confident passenger travel through multi-faceted initiatives that aid international travel recovery.”

Air freight represents an ongoing area of opportunity for Middle East airlines, with the freighter fleet projected to nearly double from 80 airplanes in 2019 to 150 by 2040.

Notably, air cargo traffic flown by Middle East carriers has increased since 2020 by nearly 20%, with two of the world’s top-öve cargo carriers based in the region.