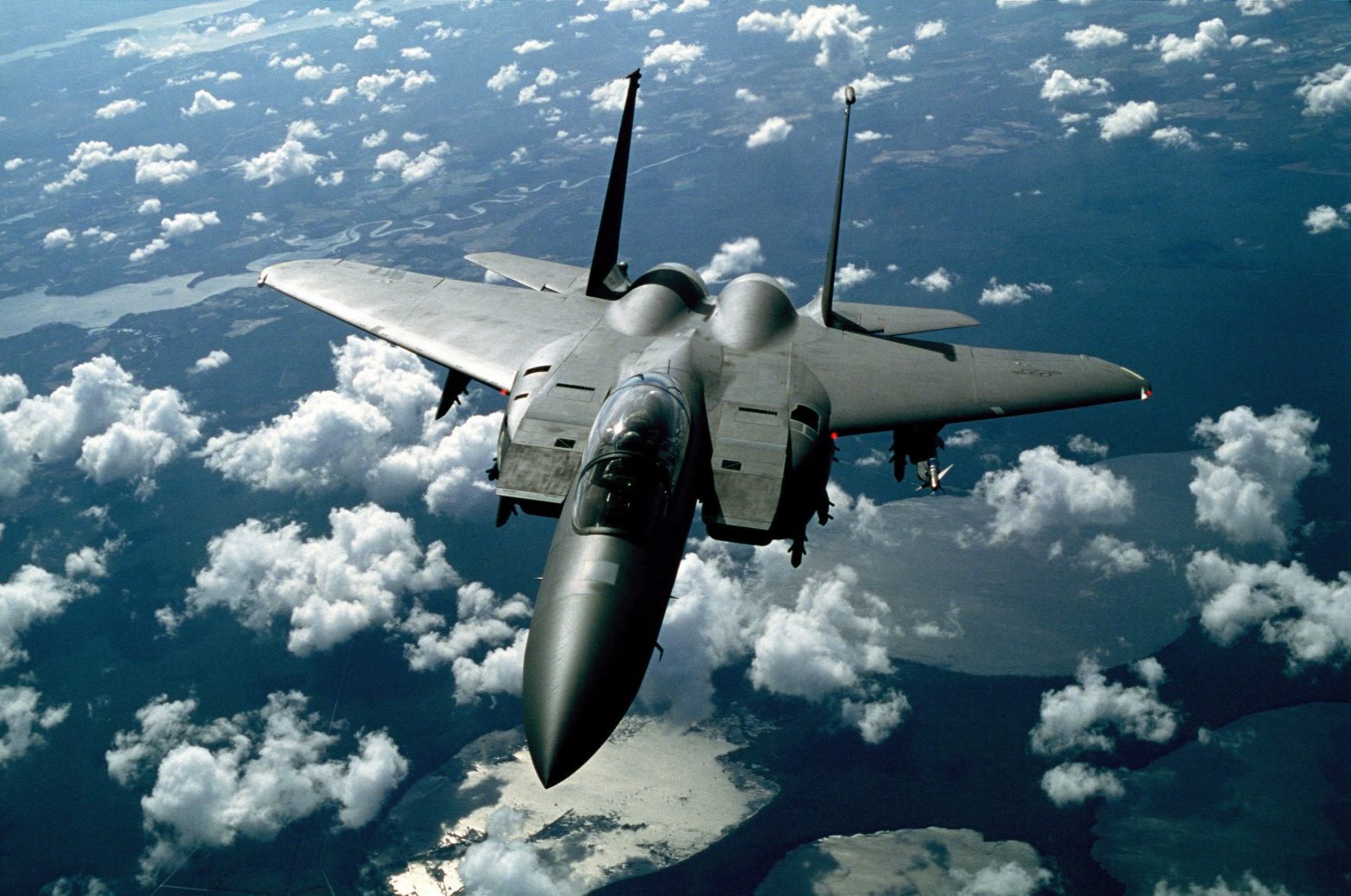 Country of over 1.35 billion to spend US$223B  in a decade to modernize military .As India’s population and economy grow, so does its appetite to increase its military strength.

The Indian government says it plans to spend more than US$223 billion within the next 10 years to modernize its military capabilities and fleet.

Now ranked 4th globally in terms of military spending, India envisions to equip its armed forces with the most modern weapons by 2027 contemplating to buy as much as 500 new helicopters, 12 submarines, nearly 100 single engine jet fighters and over 120 twin-engine fighter aircraft.

Opposition parties, led by the Congress (I) has made the purchase of Dassault Aviation’s fighter jets – Rafale, a rallying point. While Congress understands that Rafale is necessary for the Indian Air Force (IAF) which now has depleted squadron strength, it is making serious allegations against the NDA (National DemocraticAlliance) government.

The opposition is pointing fingers directly at Prime Minister Narendra Modi of gross financial impropriety in the purchase of 36 Rafale fighter jets. The matter is now in the country’s highest court.

However, the fighter air craft requirement of the IAF remains urgent as the squadron strength has been
reduced to 33 from the authorised 42. To shore up India’s air power, the previous government led by the
Congress (I), had signed a deal with Dassault Aviation for 126 Rafale jets, with 18 to come in fly-away condition
and the rest to be built in India in a joint venture.

The previous government kept dithering and never got down to making any purchase. The present government, however, scrapped the 126 aircraft deal and signed up for 36 Rafale jets, said to be worth $7.5 billion

The IAF says it needs more medium combat jets over the coming years amid conflicts with its belligerent
neighbours—Pakistan and China. It has indicated that the country requires nearly 250 more aircraft in the middle weight category similar to that of Rafale.

This has generated quite a bit of interest among original equipment manufacturers such as Lockheed Martin,
Eurofighter Typhoon, SAAB and Sukhoi. The upcoming Aero India Show in Bengaluru in February 2019, though
announced a little late as per international events calendar, is expected to be of interest as some of these players will be showcasing their latest aircraft models.

The Indian government has made it clear that any big deal will come with the rider that it will have to be jointly produced and in India.

This even as the United States has warned any military agreement between India and Russia could attract
sanctions under US laws.

The S-400 Triumf deal is said to give India’s military a much-needed boost, acting as a deterrent against China’s growing presence in the region and a superior edge over Pakistan.Incidentally, China has also bought the same missiles from Russia.

The S-400 Triumf missiles are extremely efficient to track and hunt down combat aircraft, even stealth
planes, at unprecedented ranges. Apart from the S-400 missile deal, India and Russia also signed agreements on
space cooperation.

World’s largest arms importer
With such acquisitions, India continues to top the list of weapons importing countries. According to the Stockholm International Peace Research Institute (SIPRI), India was the world’s largest importer of major arms in 2013-17, accounting for 12 percent of the global total.

Indian imports increased by 24 percent between 2008-12 and 2013-17. Russia accounted for 62 percent of India’s arms imports in 2013-17. However, arms imports from the USA rose considerably between 2008 and17,
making it India’s second largest arms supplier.

SIPRI said despite continuing tensions with India and ongoing internal conflicts, Pakistan’s arms imports
decreased by 36 percent between 2008 and 2017. Pakistan accounted for 2.8 percent of global arms imports during that period and USA is the main supplier (73 percent).

“The tensions between India, on the one side, and Pakistan and China, on the other, are
fuelling India’s growing demand for major weapons, which it remains unable to produce
itself,” said Siemon Wezeman, Senior Researcher with the SIPRI Arms and Military Expenditure program. China, by contrast, is becoming increasingly capable of producing its own weapons and
continues to strengthen its relations with Pakistan,Bangladesh and Myanmar through arms supplies.”

The Indian Navy is aiming to have a 200-ship fleet by 2027 as per a maritime capability perspective plan. It is the fifth largest Navy in the world, having in its fleet tactical submarines and nuclear-powered submarines, conventionally powered submarines, aircraft carrier, destroyers, frigates, amphibious warfare ships and corvettes.


It plays a key role in securing India and its interests in the Indian Ocean, Arabian Sea, Bay of Bengal & South China Sea.India’s biggest ship is INS Vikramaditya which was also acquired from Russia.INS Chennai is the largest-ever warship to be built in India. One of the best aspects of the Indian Navy is that it has been coordinating well with ship builders within the country & acquisitions from overseas have been very limited. However, there are some big ticket deals the Indian Navy is looking at including buying 12 mine sweeping
vessels from South Korea. The Navy’s existing fleet of six Soviet-origin minesweeping ships will be decommissioned by the end of 2018.

Modern military
The three sections of the Armed Forces– Army, Navy and the Air Force, including the para-military forces such as the Border Security Force, Central Industrial Security Force etc.—have been seeking modern equipment to be ‘prepared’for any war.

But despite being one of the major arms spenders globally, India still has a long way to go in equipping its military with arms and ammunition. The 2018-19 budget allocated US $62.8 billion for the Ministry of Defence. Of this amount, $43.4 billion was earmarked for the armed forces and the remaining for pensions and miscellaneous.

The capital expenditure has gone up marginally. Among the defence services, the Indian Army has the largest share and the Indian Air Force comes a distant second, followed by the Indian Navy, the Defence Research and Development Organisation and the Ordnance Factories reported.

Gone by defense spending
In April 2017, India signed a $2.5 billion deal with Israel to buy Barak 8, surface-to-air missile systems or Medium Range Surface to Air Defense Missile (MR-SAM), to strengthen its ground-to-air combat with a range of up to 70 km. The delivery of the first unit for deployment in the field is expected in 2023.

Similarly, India signed a $2 billion dollar-deal to purchase 22 Guardian drones from the US. The Guardian unmanned aircraft system (UAS) is the naval variant of the Predator B drone. It has a wingspan of 20 metres and is powered by Honeywell TPE331-10 power plant and can stay in the air for a maximum of 27 hours. The Indian Army is likely to get 100 units 155mm /52 caliber tracked self-propelled K-9 gun which has a range of 40 km.

The order for manufacturing this has gone to Larsen and Toubro and South Korean firm Hanwha Techwin. The order value is $720 million. The guns are being manufactured in Talegaon in Maharashtra and will be delivered by 2020. Then the deliveries for the 2015 order for Apache and Chinook helicopters (worth $3.1 billion) will
commence in 2019.

Irrespective of the ongoing election rhetoric, there is no doubt that India is bent on modernizing its military. And
one thing certain, India is rapidly moving towards building its defense industrial base and it is for the OEMs to take a call on locating in India which has its own bureaucratic challenges, though ‘ease of doing business’ is saidto be improving.